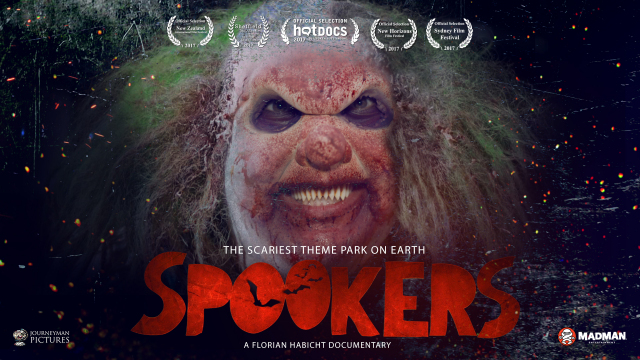 As night falls at Spookers, dozens of seemingly ordinary people become freaks, zombies and chainsaw-wielding clowns. Every weekend come rain, hail or shine, this diverse group of amateur performers unite to terrify punters at the southern hemisphere’s largest scream park, based in a former psychiatric hospital. This surprising doc reveals the transformative and paradoxically lifesaving power of belonging to a community that celebrates fear.

Spookers Review in The Guardian 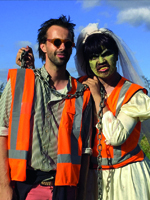 Florian Habicht was born in Berlin, and immigrated with his family to New Zealand in the early eighties. He studied at the Elam School of Fine Arts Auckland and Binger Filmlab in Amsterdam. He is the son of Sixties photographer Frank Habicht. In 2010 Florian was the inaugural recipient of the Harriet Friedlander NYC Residency and spent a year in New York where he made the feature romance Love Story. He is also the director of the acclaimed documentary Pulp: a Film about Life, Death & Supermarkets, which has featured in 50 international film festivals to date and was listed as one of 2014's top ten film's in New York's Village Voice magazine. 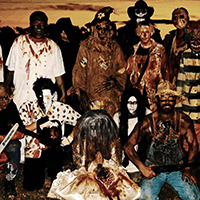 Madman Entertainment is an Australian company that distributes Australian and foreign films as well as television series, children's content, sports, Japanese anime and manga, graphic novels in Australia, New Zealand, Papua New Guinea, Fiji and the rest of Australasia. Madman is one of the major entertainment companies in Australia. It employs approx 100 people and has an annual turnover of around A$50 million. Its headquarters is in Richmond, Victoria.

Madman has secured the local release rights to popular titles including Sailor Moon , One Piece , Dragon Ball , Neon Genesis Evangelion , Akira , Steins ; Gate and almost all of Studio Ghibli's catalogue. In addition to DVD sales, Madman manages the theatrical release of some of their titles, particularly the Studio Ghibli movies.