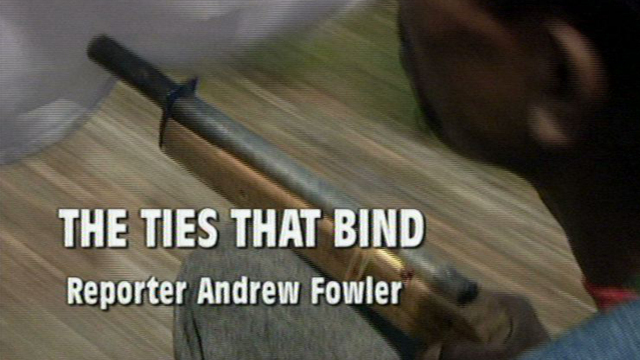 This is the story behind the East Timor crisis and how Australian foreign policy makers became captive to the ties that bind, ties built on Realpolitik. A powerful investigative documentary that gains exceptional access into the murky world of high-level diplomatic dealings where human rights are sacrificed to the bigger political picture.

Australia spent millions nurturing a special relationship with its volatile neighbour Indonesia, instigating a sophisticated three-pronged policy of engagement. They trained Indonesia's soldiers in an attempt to instil more democratic values, they negotiated a security pact to take pressure off Australian defence spending and they scored access to Timorese oil. "You can shut your minds and turn away from a direct relationship with people you are troubled by, or you can try and engage them ...and move them towards better behaviour," is how the foreign affairs Minister of '96 describes the Government's approach. In this film we reveal just how far they went to protect the special relationship. In revelations from intelligence agents, informants and previously unseen intelligence reports, we see how internal warnings of the Indonesian military's destabilisation campaign in Timor were consistently ignored. One embassy informant describes how his dispatches describing collusion between the militias and ABRI were twisted. The embassy told him to "tone down" his reports, to remember that they "had to fit into the bigger picture." New evidence also shows how Australian intelligence attempted to withhold information from the US - a secret intelligence tug-of-war ensued that tragically led to the suicide of a senior Australian spy in Washington. The intelligence uncovered here clearly shows that Australia's policy makers had plenty of advance warning - they knew of the Indonesian military's violent plan for East Timor well before the Independence Referendum. Yet they chose to put their faith in the Indonesian military's denials. They gambled that "adept diplomacy" - and Australia's special relationship with Indonesia - would keep the lid on violence. The East Timorese paid a high price for their gamble. Produced by ABC Australia
FULL SYNOPSIS
TRANSCRIPT