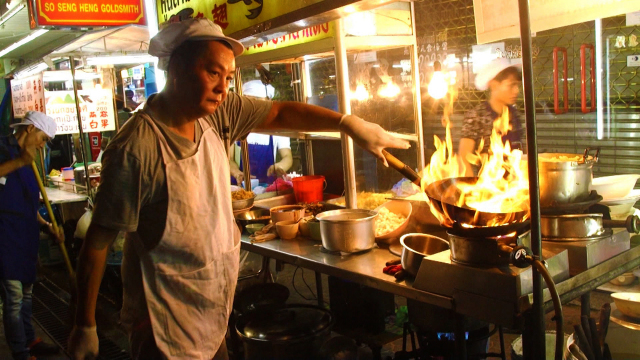 Bangkok's once buzzing streets are falling silent. In a bid to restore order, Thailand's military government is 'cleaning up' the country, chasing street food and other vendors off the streets.

Bangkok is known for its bustling thoroughfares where smells of braised duck, grilled chicken, and oyster omelettes fill the air. In an attempt to tidy up the streets authorities are arresting vendors. "Just imagine, just one tourist, enjoys themselves on the street food in Bangkok and the night after have the acute case of diarrhoea", says the Bangkok Governor's Chief Adviser. Despite this, CNN named it the world's best street food destination for the second year in a row. But banning street vendors has a far greater impact on the poor says Australian chef David Thomson. "It performs a much greater social function. It provides food for the poor...they need this type of institution." Simultaneously a riverfront development will have whole communities evicted. "It's like they want to wipe out the poor", says one local resident.
FULL SYNOPSIS
TRANSCRIPT