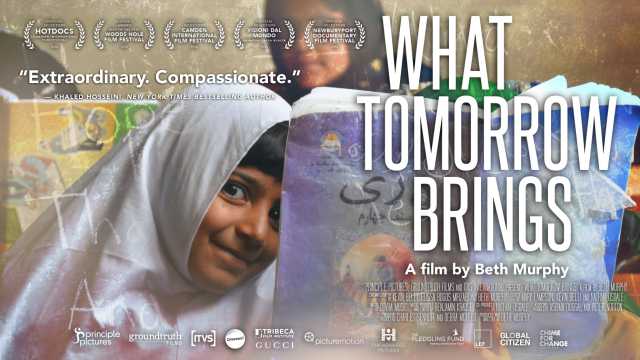 The Zabuli Education Center is the first school for girls in Deh’Subz, rural Afghanistan. Founder Razia Jan must juggle threats from the Taliban, interference from disapproving family members and teenage angst to keep the school running. Zabuli’s challenges reveal the difficulties facing modern Afghanistan, as it balances the uneasy tension between a deeply conservative culture and a burning desire for development.

BETH MURPHY has directed over 20 documentaries of which many have premiered at top-tier film festivals Tribeca and Hot Docs and aired on PBS (POV series), Sundance Channel, History Channel, Discovery International, Discovery Health, Lifetime, and numerous other international outlets. Over the past 15 years, Murphy’s work has focused on the human impact of wars in Iraq and Afghanistan - highlighting moral responsibility, women’s rights and girls’ education; the impact of climate change on women and children globally; and the lives of Fukushima nuclear refugees.

Her work on WHAT TOMORROW BRINGS has recently been recognized with the Overseas Press Club Award, RTNDA Edward R. Murrow Award, Alfred I. duPont-Columbia University Award. It has also been nominated for a 2017 Emmy Award and was a finalist for the Peabody Award. Murphy holds an MA in International Relations/International Communications from Boston University where she was a Fellow at the Institute for Iraqi Studies and studies documentary filmmaking at George Washington University’s Documentary Center. She lives on Cape Cod with her husband and daughter. 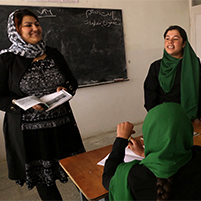 What Tomorrow Brings follows one year in the life of the first all-girls school in a remote, conservative Afghan village. The film traces the inter-connected stories of those who bring the school to life: students, teachers, village elders, parents, and school founder Razia Jan. While the girls learn to read and write, their education goes far beyond the classroom to become lessons about tradition and time. They discover their school is the one place they can turn to understand the differences between the lives they were born into and the lives they dream of leading.