A David and Goliath story of citizens fighting forced eviction 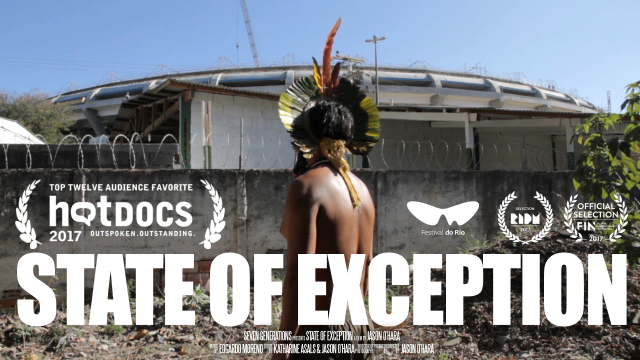 As Rio prepared to host the FIFA World Cup and Olympics, poverty-stricken communities in the favelas were threatened with forced eviction to make way for the sporting events. Against the odds, residents united to defend their constitutional rights, which were temporarily suspended by the government. Filmed over six years, this intimate doc is a powerful story of resistance in the face of repression.

Jason O'Hara: Producer and Director
Jason O’Hara is a documentary filmmaker interested in social and environmental justice. His footage has been featured on the CBC’s Nature of Things and The Fifth Estate, TVO’s Why Poverty Series, in a number of theatrical documentaries, and on television news in Brazil, Venezuela, and the USA. His first documentary short, Demur won the People’s Choice Award at the Cabbagetown short film festival and was recipient of a Canadian Cinema Editors Award. Rhythms of Resistance, Jason’s MFA thesis film about artists resisting against police violence in Rio de Janeiro has screened in festivals on four continents and received two international festival awards. Since 2014, Jason has been teaching documentary directing and production in Ryerson’s Documentary Media MFA Program, his research interests include documentary dramaturgy, participatory media, and digital democracy. 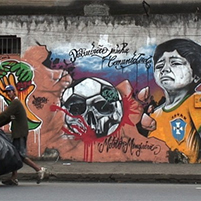 In Rio de Janeiro, an indigenous community is threatened with eviction by the 2014 World Cup and 2016 Olympics. Already living as refugees after their traditional lands were colonized, the marginal favela-dwelling community decided to defend itself by joining forces with other populations excluded from the Brazilian mainstream. For six years, Jason O’Hara followed their struggle. Deftly combining observation and activism, he delivers a powerful document of an issue with relevance far beyond Brazil, as the democratic rights of the weak are wrenched away by an ostensibly inclusive capitalist world. A cri du cœur for minority cultures, State of Exception is also and above all an inspiring story of resistance.