Turkey on the Edge

A personal and courageous film from within the democratic opposition in Turkey. 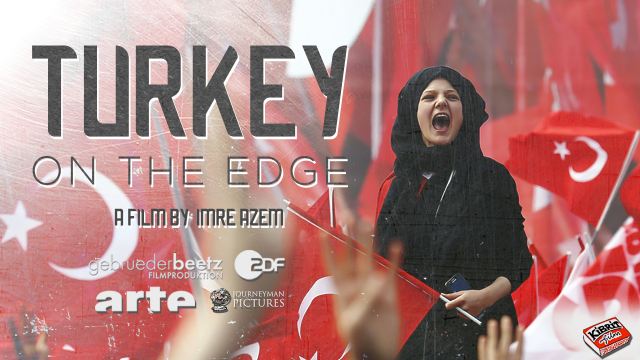 The last few years have been decisive for the Turkish state. Once fiercely democratic and secular, Turkey under Erdoğan has seen an erosion of liberties and the consolidation of power in one man’s hands. An alleged failed coup attempt in 2016 gave him the excuse to go even further, ignoring all constitutional restraints. As purges sweep the nation, thousands of journalists, academics, and civil servants have been fired and imprisoned.

In 2013, mass protests erupted around Gezi Park in Istanbul after plans emerged to build a shopping centre over the site. "People for the first time… felt the need to collectively defend a public space outside of their neighbourhood", Mücella Yapici of the Chamber of Architects recollects. This local protest snowballed into a national movement for liberal reform. However, President Erdogan has responded by stepping up the pressure on the opposition. A failed coup attempt in 2016 has given him the excuse to go even further ignoring all constitutional restraints. As purges sweep the nation, thousands of journalists, academics, and civil servants have been fired and even imprisoned. "There are many colleagues that are in prison", journalist Fatih Polat grimly relates, "the fact I'm out when they're in prison gives me extra responsibility". Erdogan claims to be after the coup plotters, but is targeting anyone disloyal to the ruling AKP party. After a referendum in April granted him new sweeping powers, some see Turkey on the brink of dictatorship. But the resistance is still strong. "In such an environment of oppression and fear, it becomes even more meaningful for us to continue speaking the truth against all this corruption", Gül Köksal of Kocaeli University insists.
FULL SYNOPSIS