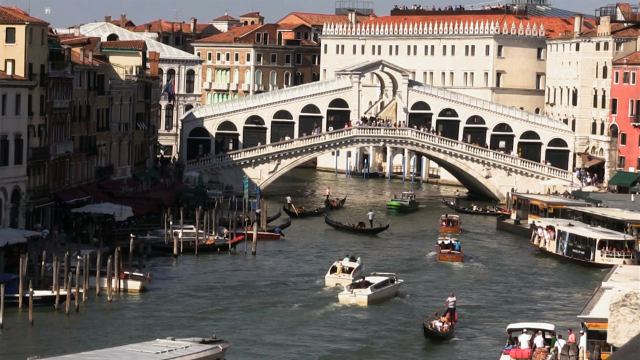 For decades scientists have warned that the city of Venice is sinking. Now climate change is accelerating the problem, with regular and severe flooding. Is the floating city equipped to save itself?

"The fact that we are still waiting for any kind of solution to these problems of tourism and flooding is deeply depressing", says historian Monica Chojnacka. It may host 25 million tourists every year, but for Chojnacka, Venice's maze of bridges, canals and over 100 islands has always been home. Now, the once manageable "Acqua Alta", meaning high water, presents a growing and unchecked threat. Rising sea-levels and dissolving foundations saw the birth of the MOSE project in the 1970s, a series of 78 underwater gates secured to the lagoon's floor. "MOSE will be able to protect the city of Venice from exceptionally high water", promises Dario Berti, engineer and production manager of the company building the giant barriers, scheduled for operation in 2019. But the €6 billion project is not only unprecedented, but embroiled in misconduct. "The mayor of Venice was arrested on charges of corruption connected to this project", along with another 34 offenders, says Chojnacka. But marine scientist Luca Zaggia says there is only one way forward. "The system must work. We have no alternatives at this point. It has to work", he says.
FULL SYNOPSIS
TRANSCRIPT