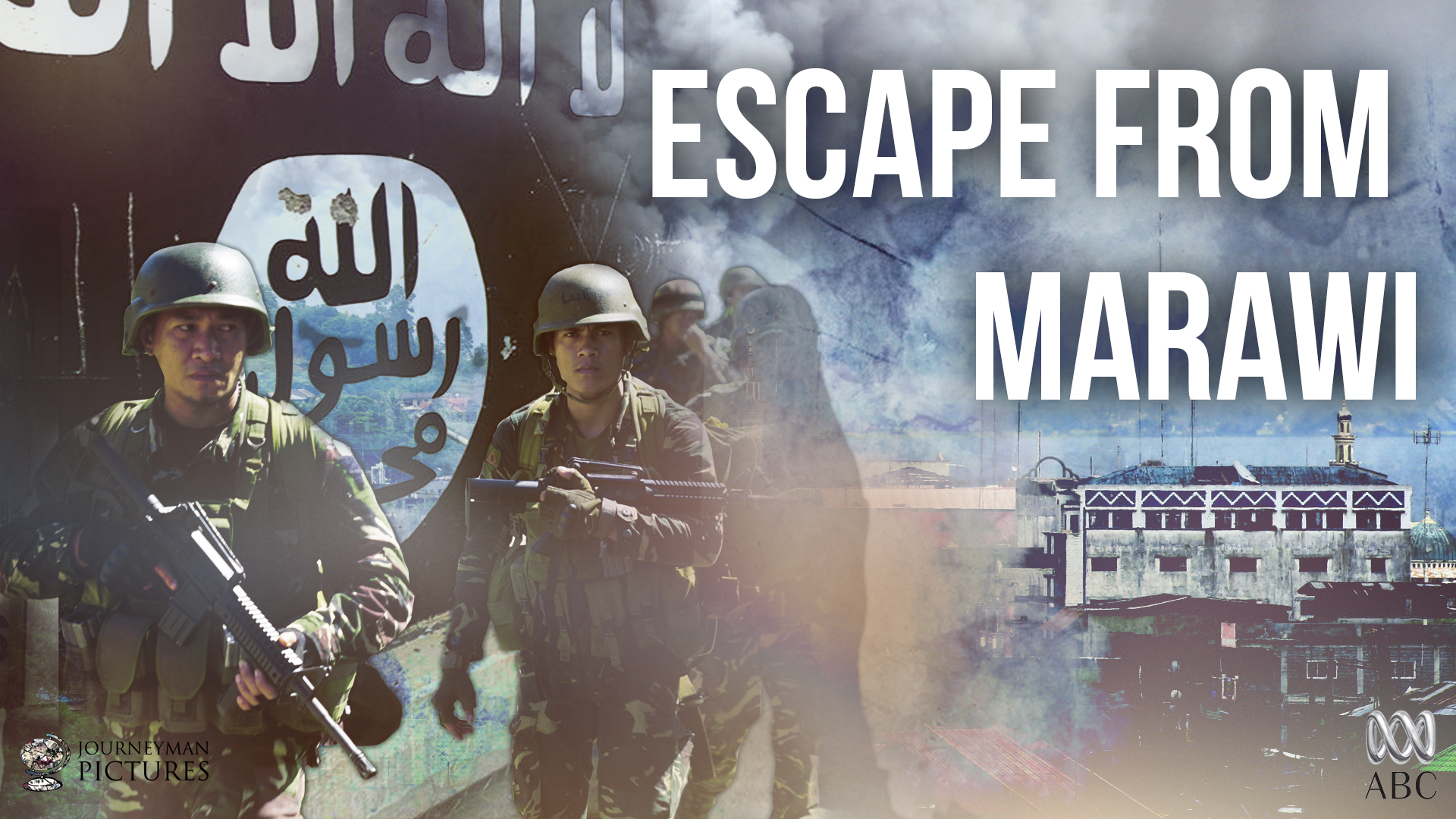 Over 200,000 people have fled Marawi since ISIS militants swarmed the city on the island of Mindanao. As the extremists fight to build a South East Asian caliphate, the city is more dangerous than ever. Escape From Marawi uncovers how woefully unprepared the Philippine Army were for an attack, and how the seizure of Marawi is likely only the beginning of a drawn-out conflict as ISIS spreads its influence into Southeast Asia.

"I wasn't expecting to be the story", says reporter Adam Harvey, lying in a hospital bed in the overrun city of Marawi. In the relative safety of a walled compound, with children playing nearby, the bullet from an M16 found its way into his neck. "I can see a bullet in my neck. Jesus that's scary", says Harvey. For over two months soldiers with allegiance to ISIS have occupied Marawi, humiliating President Duterte's military with their organisation and speed. The insurgency is traced to two charismatic local brothers, who united secessionists under the ISIS banner. "You could say we were a bit surprised by the resistance we got", says Brigadier General Padilla, who concedes that even a victory in conflict will by no means end the threat. "It may initiate a longer battle... poisoned minds still remain", he says. Now, with the military struggling to adapt to a fluid urban front-line, brave police and volunteers struggle to evacuate the remaining civilians. "We call our group 'Suicide Squad'", says Abdul Asis. "We risk our lives to save those still trapped inside. So far we've had calls from over 60 people."
FULL SYNOPSIS