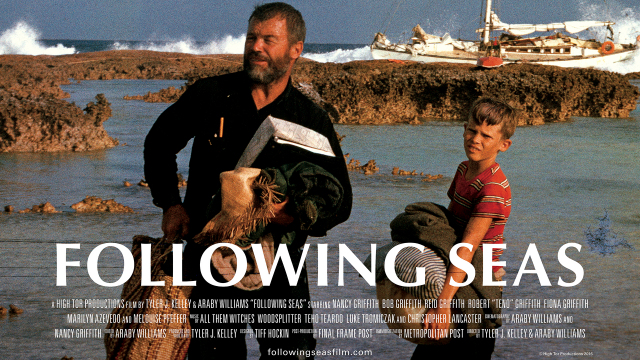 Bob and Nancy Griffith made twenty ocean voyages over two decades, fulfilling a dream of freedom and adventure in their 53-foot sailboat. Nothing seemed impossible for this couple and their growing family as they travelled to some of the most remote places on earth, chronicling life at sea with their 16mm Bolex camera. As narrated by Nancy in this extraordinary film, their unconventional life’s voyage brought unexpected challenges and sacrifices.

Araby Williams has worked on independent films, television shows for National Geographic and The History Channel, and created award-winning video content for The Wall Street Journal. A video journalist, editor, and graduate of the Rhode Island School of Design, she is also interested in experimental filmmaking using Super 8 film and stop-motion animation.

Tyler J. Kelley is a freelance journalist whose writing has appeared in The New York Times, Wall Street Journal, and NewYorker.com, among other places. He also teaches printmaking at The New School, and sails a 1978 J/24 named Me Too III. 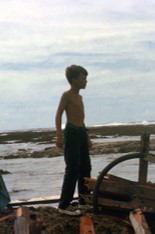 In the winter of 2010 I met the Griffiths’ son Robert at a bar in Brooklyn. He said that he had ten DVDs’ worth of footage, transferred from 16-millimeter film, that his mother had shot while voyaging. I went to his house to watch it and was immediately struck by the beauty and intimacy of the footage. That night I called Araby Williams and said, “We need to make a movie.” The two of us began interviewing members of the Griffith family in New York, Maine, and at Nancy’s home in Hawaii. We spent the next six years gathering the stories behind the footage and distilling it all into Following Seas.