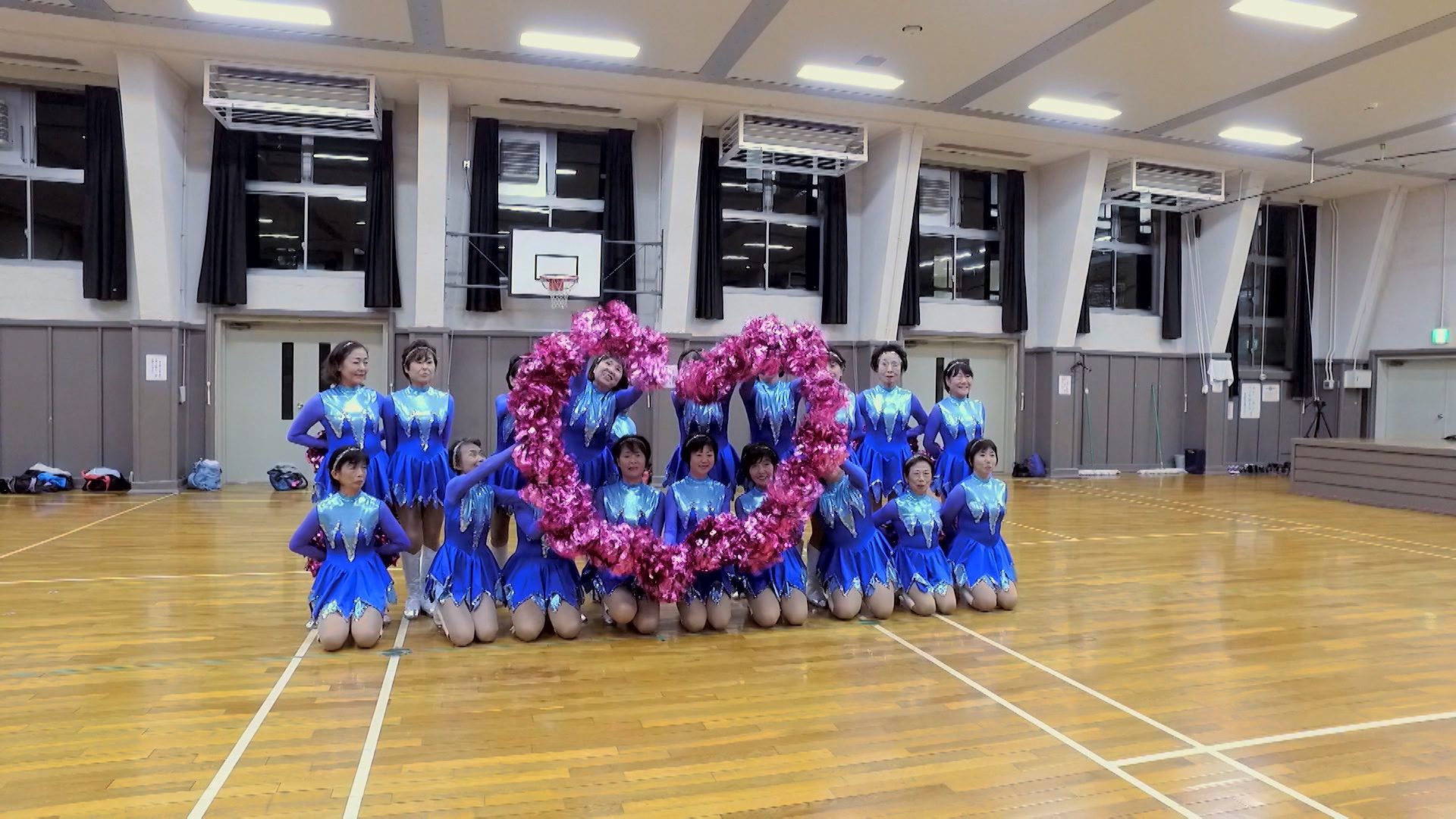 In Tokyo there are over nine million senior citizens, a generation that prizes respectability above all. Have a feisty group of octogenarian cheerleaders found a suprising path to happiness in old age?

"I didn't think I'd make it to 80. I thought I'd die younger. A beautiful lady dies young, as the saying goes", says 86-year-old Fumie Takino, clutching a Coca-Cola while eating pizza. Takino is rushing to get to "Japan Pom Pom", a senior cheerleading group that helped her change her life following her father's death. "He passed away at 86. He had been saying he would enjoy his life until the very end, but then, he said his life was empty", she says. Shortly after at the age of 52, Takino left her husband, and joined an American cheerleading group with an average age of 74. "Senior people can cheerlead, I was so surprised! Why not in Japan? I thought", says Takino. But the tight outfits and bare skin weren't for everyone's tastes. The Pom Pom's first performances in Japan weren't promising. "50% of the audience, even more, were disgusted because the Japanese expect old people to behave modestly", says Takino. But by 2060 senior citizens will account for over 40% of the world's population, and many are bucking the trend of traditional old-age comforts. "No matter what it is or how old you are, start something", says Takino. Produced by Dateline, SBS Australia.
FULL SYNOPSIS
TRANSCRIPT