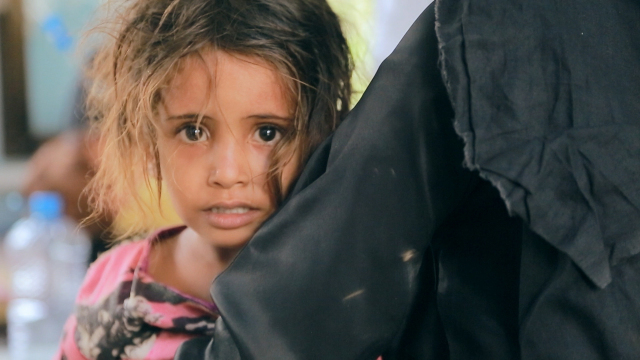 A new threat is devastating Yemen's population. The largest cholera outbreak in the world, intensified by the Saudi blockade against the country, adds another danger to this humanitarian crisis.

"They say “water is life”. But in Yemen it can also mean death." Nawal Al-Maghafi reports from the starved and brutalised country, where 500,000 citizens have been infected by cholera. The coalition blockade, supported by the US and UK, is rapidly desolating the civilian population. Lack of clean water sources means that people are forced to drink from contaminated wells, "a potential death sentence for the whole community." Ordinary people are the targets of military force, as bridges, hospitals, factories, ports and schools have all been hit by coalition airstrikes. David Beasley, director of the World Food Programme, is trying to coordinate relief efforts, but in vain. "If this port is bombed and completely made useless, literally hundreds of thousands of children will die."
FULL SYNOPSIS
TRANSCRIPT