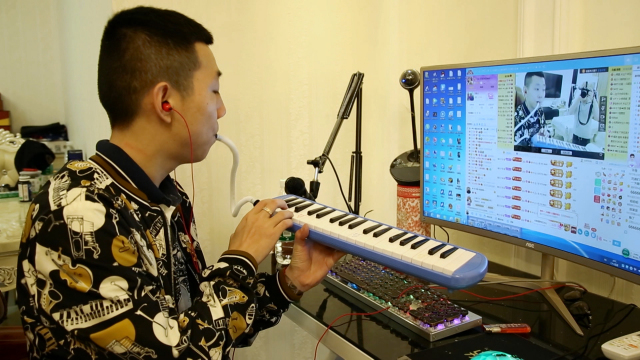 With Facebook, Youtube or Twitter locked behind a firewall, China's online experience is unlike any other. Here the billion-dollar internet industry is live streaming, with hundreds of millions of fans tuning in each day.

Wang Siyuan forged a lucrative career live streaming - chatting and joking for his legions of fans who shower him with virtual gifts. "In the real world it’s impossible to put thousands of people into a room, unless it’s a stadium. But that can be done easily online." Although stardom seems accessible for everyone, streamers still have to follow the government's stringent rules or face exclusion. The LA Times' Jonathan Kaiman explains; "What bothers the Communist Party about live streaming is how popular it is. It's about people having the ability to interact using channels beyond government control." For China's two million live streamers, technology offers a promise of freedom that can never be fully realised. "To get any attention from somebody is just a sign that you exist", says Kaiman. Produced by Dateline, SBS Australia.
FULL SYNOPSIS
TRANSCRIPT