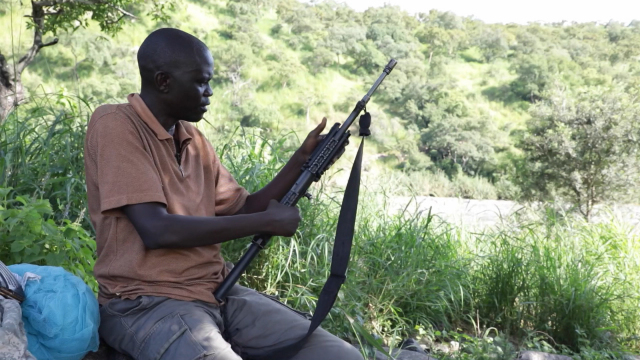 South Sudan gained independence in 2011, but soon became embroiled in civil war. The conflict has led to famine, mass rape, ethnic cleansing and a refugee crisis. In a rarely seen side of the war, we meet an American rebel leader fighting to change the government.

Martin Abucha's journey from US college graduate to rebel leader stems from his sense of duty towards his home country. "I would like to enjoy going to McDonald’s with my daughters. But I feel it’s an obligation that I must carry." He now commands the Sudan People's Liberation Army, who report that Presidant Salva Kiir's government has carried out civilian massacres and mass rape. However, rebels are accused of attacking civilians too. Abucha vehemently denies this. "We have never done that. It’s only when we begin to take fire from civilian vehicles...that’s when personnel will defend themselves." Abucha resents the US for not supporting the peace deal they helped to negotiate. "I’m sure they should have spent less and stopped this war...You can never put value to the number of lives lost."
FULL SYNOPSIS