Can an advertising campaign change attitudes to sexual harassment in Egypt? 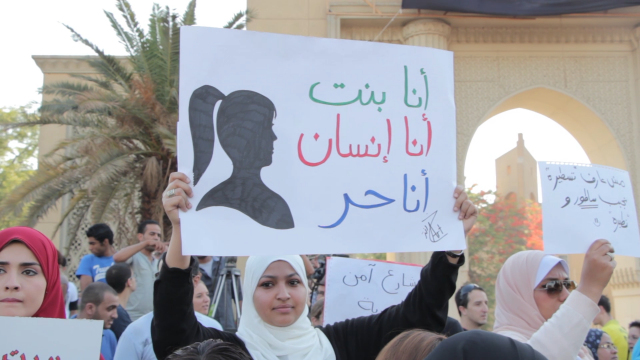 In a culture where sexually harassing women is seen as masculine and strong, and people have no interest in intervening to stop it, can a media campaign change the way people think about sex crimes?

A shocking 99.3% of women in Egypt claim to have experienced sexual harassment or assault. "I guess we all get the feeling of the zebra, we get scared and want to run", says one woman. The volunteer-based initiative HarassMap is fighting for change, but they face men seeking to "prosecute those naked girls first" and women who see police as complicit. "It happens in broad daylight, amongst people, and generally people turn a blind eye".
FULL SYNOPSIS
TRANSCRIPT