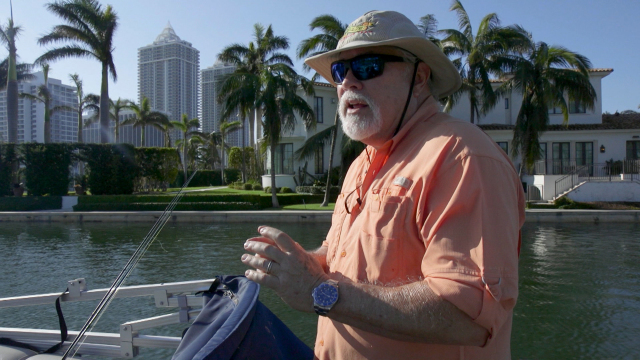 Communities across the US are now threatened by rising sea-levels. With global warming refuted and opposed by the Trump administration, will climate change create another major refugee crisis?

"It hurts me to leave. I built everything here, to live out the rest of my life here. And I'm not going to be able to do that." Dan Kipnes has lived in Miami for 67 years, but he's preparing to leave. Climate change scientists predict that in 150 years just 3% of Miami's land will remain. Frustrated by sceptics, Prof. Harold Wanless sees no future for the city. "It won't be here in 100 years...there'll be no infrastructure, no sewage or fresh water." Kivolina, North West Alaska, also faces a race against time to re-locate, with melting ice threatening the community. Elder Colleen Swan is deeply concerned for the future of Kivolina's young population. "This is not a good place to be, but the government are still debating climate change. When you live in the reality of things, there's no debate." Produced by Dateline, SBS Australia.
FULL SYNOPSIS
TRANSCRIPT