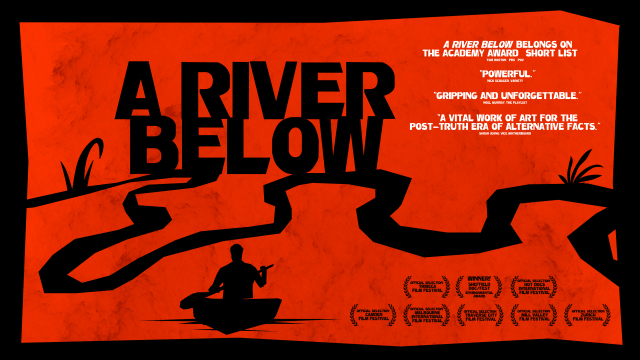 Deep in the Amazon, the near-mythical pink river dolphin is being hunted to extinction. Two activists, a marine biologist and a TV star, are working tirelessly to protect the species. Yet as their efforts to raise public awareness become increasingly complex, a scandal erupts and serious ethical questions are raised. This surprising roller-coaster of a doc digs into the complexities of the modern media and the moral dangers of using the ends to justify the means.

Mark is an independent filmmaker and photographer. He has spent the last 12 years traveling Latin America looking for stories and mining for gold. His film, MARMATO, premiered at the 2014 Sundance Film Festival and went on to win 15 international awards. He is the winner of grants from the Sundance Institute, Ford Foundation, and The MacArthur Foundation. He studied film production at the Tisch School of the Arts at New York University.

Torus is the founder of Sandarba, the production company based in Bogota, Colombia. Sandarba was formed with partner Mike Erwin with a mission to discover and nurture Colombian talent and stories to bring to worldwide audiences. Sandarba has completed its first documentary feature film, the multi-award winning A RIVER BELOW. Next up on the slate is SOMBRA, a feature film written and directed by and starring Manolo Cruz (his last film BETWEEN LAND AND SEA won a special jury prize at the 2016 Sundance Film Festival).

After producing several national television commercials, Mike began his career in television production as a stage manager for famed production company Smith-Hemion Productions. While there, he participated in over ten Emmy Award-winning productions. Mike has produced fifteen feature films to date and has produced and/or co-financed six films in international co-productions. He has enjoyed development and production associations with Warner Brothers, New Line Cinema, Miramax Films, HBO and numerous others. 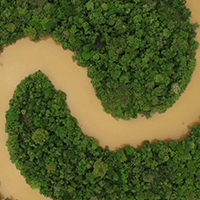 Helkin René Diaz’s cinematography is often striking, with aerial shots of the winding Amazon River capturing a larger sense of the complex nature of the environment and the issues plaguing it.

Accompanied by Tyler Strickland's plangent score, René Díaz's eloquent camera glides above and along the twisting river, and the doc pulses with nourish dread. As he peers into the ways a ground-shifting story is shaped, Grieco never loses sight of his own role as a filmmaker. Neither do the fishermen: When he visits the river community that found itself at the centre of a national controversy, they speak of shattered trust. Then they aim their cellphone cameras at Grieco and his documentary crew, determined to gather the kind of evidence that they regret not having of their interactions with Rasmussen. "If you harm us," one villager tells Grieco, "we can prove you were here."