Mosul's cultural rebirth in the wake of IS censorship 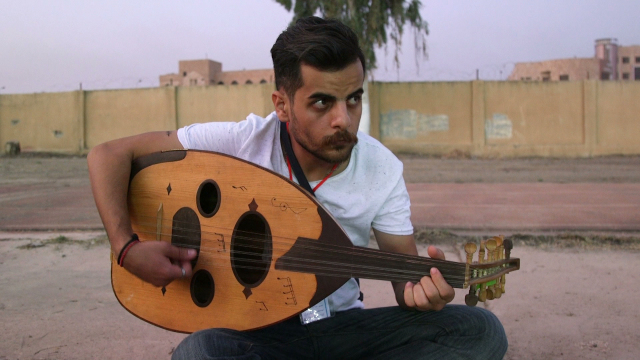 The liberated city of Mosul is adjusting to life after three years of IS rule, but how can its people rebuild from devastation? For some, the answer lies in the art and music forbidden under IS.

"Our lives were so suppressed", says beautician and single mother Jumana Najim Abdullah. "So many things were forbidden to us. They forbade us from doing many things that we loved", she says. In a country dominated by Shia, the majority Sunni city of Mosul sat at the centre of Iraq's explosive ethnic and religious divides. The divisions opened the door to IS in June 2014, when around 500,000 fled the city during the takeover. Under IS suppression every part of a female body, including the eyes, had to be covered. Nor were they allowed out without a male escort. As extremism reigned, music and art were forced underground. "[Now] I feel a heavy burden has been lifted, that I can go out... and be free and comfortable", says Jumana, out to see a puppet show put on for the children of Mosul. "What happened to the city hurt the kids the most", says Khalid Waleed, speaking at a Mosul Youth group rehearsal. "We will revive whatever died in this city. We’ll revive it, God willing, through art, through painting... through all types of Arts", says Khalid. Produced by Dateline, SBS Australia.
FULL SYNOPSIS
TRANSCRIPT