The scientists identifying missing citizens from the Cypriot war 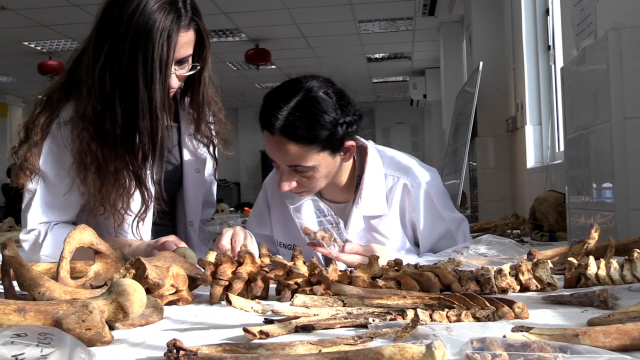 Hundreds of people vanished during the conflict between Greek and Turkish Cypriots in the 1970s. Now a team of scientists from the UN is trying to uncover the truth behind Cyprus' missing citizens.

"We strongly believe we, in a number of ways, contribute to reconciliation", says Florian von Koenig, head of the UN's Committee on Missing Persons in Cyprus. His team uses DNA evidence to try and identify skeletal remains. Their aim is to bring closure to those whose friends and relatives disappeared during the violent struggles of the 1970s, but their task is far from easy. "The committee tries to do the best, but we know that some remains are lost forever", admits forensic anthropologist Theodora Eleftheriou. Nonetheless, the committee has been able to identify hundreds of people since 2006 and their success has been noticed. "We’ve started to train others", says Florian, who hopes that his team's pioneering work can go on to help identify other missing people throughout the Middle East.
FULL SYNOPSIS
TRANSCRIPT