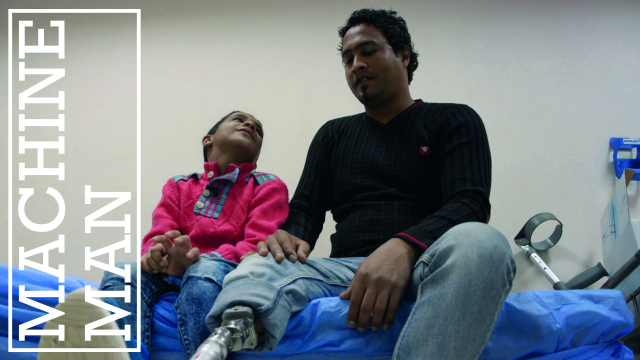 As a young doctor he was confronted with the horrors of Saddam Hussein's Iraq. He fled the country to become a world leader in the field of robotic limb surgery, giving amputees a second chance at life.

In 1999, Munjed al-Muderis was faced with the brutality of Saddam Hussein's regime when he was ordered by Ba'ath party members to mutilate army deserters. "Would I obey and live with guilt for the rest of my life?", he wondered. He fled his home in Baghdad, ending up in an Australian detention centre, where he went on to become a pioneer in prosthetic limb surgery. "Iraq has one of the largest number of amputees and disabled people", he explains. Heading back home, today he helps his patients do the impossible; walk again.
FULL SYNOPSIS
TRANSCRIPT