South Korea's feminist movement is on the march 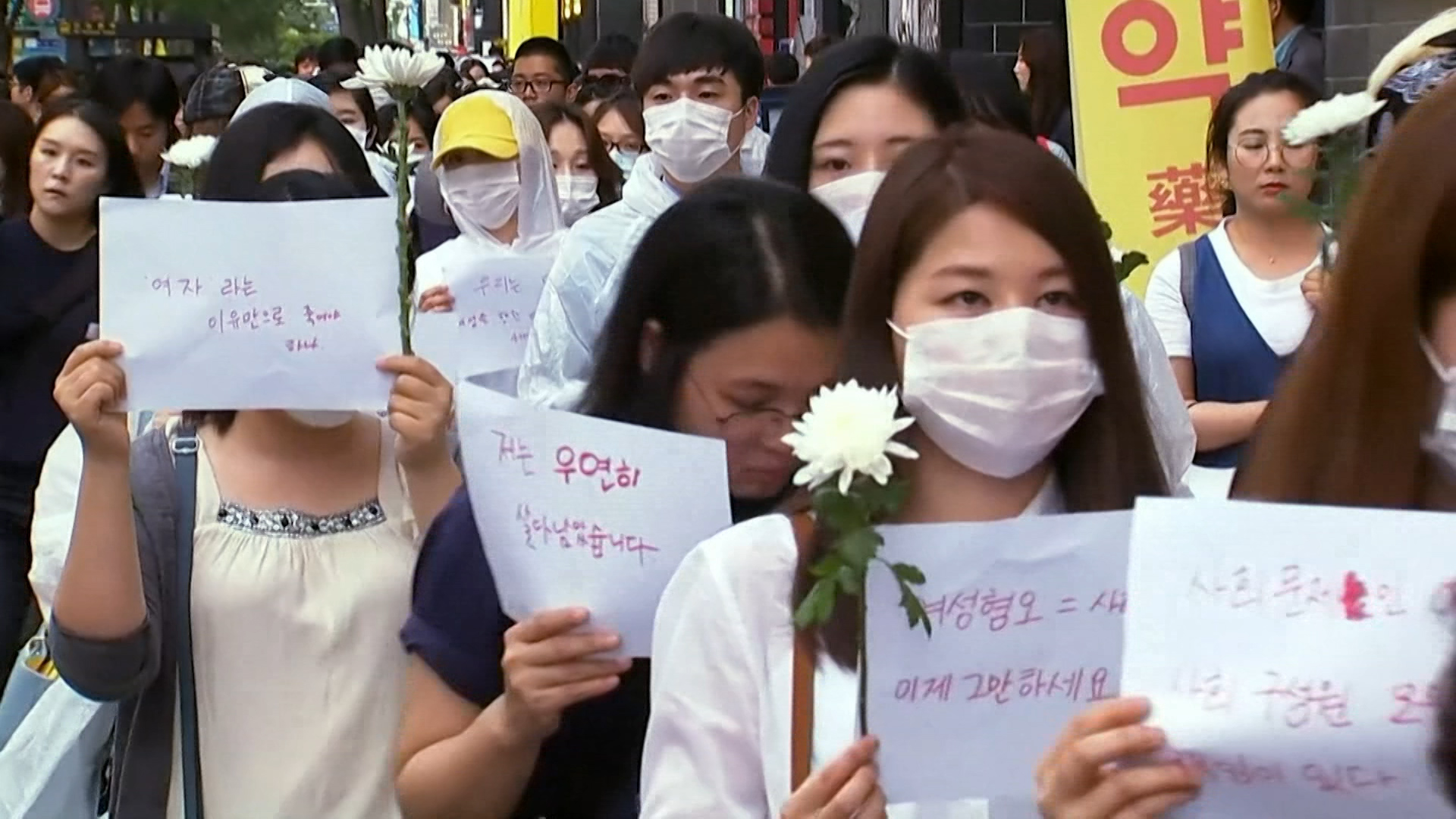 South Korea is a highly developed country, a hotspot for tourism and technology. Yet the nation has one of the highest female homicide rates globally and is embroiled in a bitter gender war.

The murder of a woman in Gangnam station in May 2016 has sparked an ongoing nationwide gender rights debate. "Before Gangnam if someone said they were a feminist, people would consider you a bit quirky. After Gangnam it became extreme", says Ori, one of a few female marines, who is part of the feminist website Megalia. She mirrors the abuse directed at her to her male attackers, targeting misogynist forums and campaigning to remove illicit porn sites. Hong Song, a men's rights blogger, represents the other side of this battle. "I am trying to provoke them... we can't just watch female chauvinism explode. A resisting force must be established." Song Ran Hee, of Korea's Women Hotline, argues that the answer lies beyond web forums. "Misogyny expresses itself through violence. To solve violence we need to educate people on gender equality."
FULL SYNOPSIS
TRANSCRIPT