Putting Pirates Out of Business 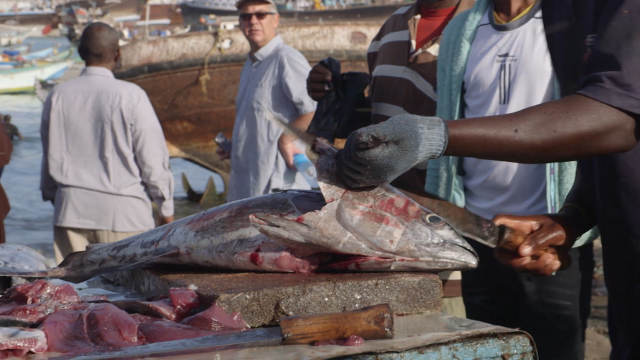 Piracy in Somalia may be on the decline, but the social conditions which caused it still haven't changed. Can international efforts to invigorate the country's fishing industry end piracy once and for all?

In December 2016, NATO ended its offensive against Somali pirates. Many of the former pirates returned to their old jobs as fishermen, but there are fears that meagre earnings could tempt them back to a life of crime. "There is no chance to do piracy now, but it is better than fishing", admits one former pirate. "What is needed here is a transformation of the sector", proclaims John Purvis, head of the United Nations' Food and Agriculture Organization. His team is building a new fish processing plant in the port of Bosaso as part of a plan to modernise the area's rudimentary fishing industry and capitalise on the country's 1800 mile-long coastline. But he is concerned that Somalia could still be vulnerable to organised crime: "the so-called kingpins are still active".
FULL SYNOPSIS
TRANSCRIPT