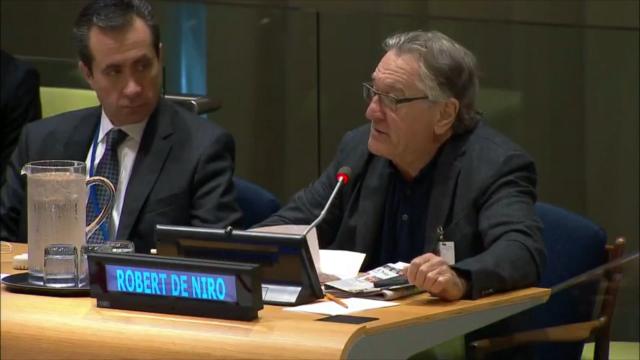 The Caribbean paradise Barbuda has been owned by descendants of the island's former slaves for nearly 200 years. In the wake of hurricane Irma, is their ownership at threat from a government land grab?

"Barbuda is the most beautiful island in the Caribbean", says a Barbudan man. But all is not well in the formerly unspoilt jewel of the Caribbean, which Princess Diana once called one of her favourite places on earth. Her favoured hideaway, the K club hotel, went out of business in 2004, attracting the development interest of Hollywood legend Robert de Niro. "I went there on a day trip and never forgot it", says the star. But his ever expanding "Paradise Found" project has been met with stiff opposition from protesters, who question the nature of the mogul's contracts with the government. "Robert de Niro don't know what he is taking on. We unite when you come on the land rights", says Daphne Thomas, a Barbudan now living in England. Under the island's historic slavery reparations, she still has a share in the island's communal land arrangements, as do her children. But following new land legislation, Prime Minister Gaston Browne has been accused of reversing these powers, paving the way for developers like De Niro. "Its a big land grab - to please who? The foreign investors. Not to please the local people...", says one protestor.
FULL SYNOPSIS
TRANSCRIPT