Keeping and Saving - Or How To Live

The pursuit of the material in the face of digital supremacy 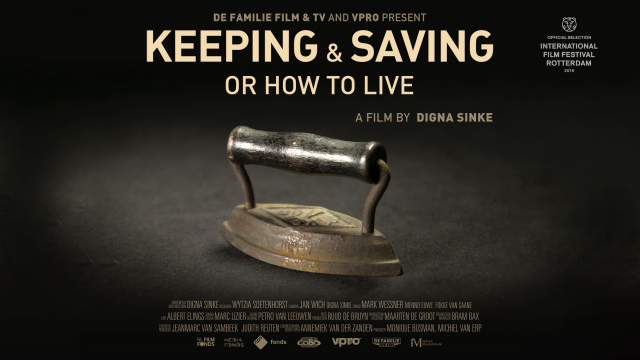 Digna Sinke has always collected and preserved all kinds of day-to-day things, from sugar sachets to old newspapers; objects that recall memories which would otherwise fade. Yet digitisation is changing everything. In a fascinating exploration of memory and possession, Digna goes in search of the digital minimalists who no longer care about material things but about experiences, owning nothing but a passport, bank card, laptop and smartphone.

Reviews and More
For a Q&A with director Digna Sinke, see here. 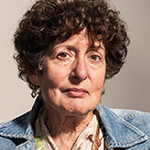 Digna Sinke (Zonnemaire, 1949) graduated from the Dutch Film Academy in 1972 as writer/director of fiction films and documentaries. Her first long feature film De Stille Oceaan (The Silent Pacific) was selected for competition of the Berlinale 1984. In 2010 she completed her documentary project Wistful Wilderness, which won the prize for best documentary at FIFE (Paris) and Neue Heimat Festival in Freistadt (Austria). In 2001 Digna took over the production company SNG Film (Studio Nieuwe Gronden) from her late husband René Scholten. Since then she has produced more than 30 films, including: feature length documentaries (An Angel in Doel, Forum Berlinale, 2011; Wavumba, Tribeca Best Young Director, 2012), hybrid films (After the tone, IFFR 2014) and fiction (Upstream, 2016). 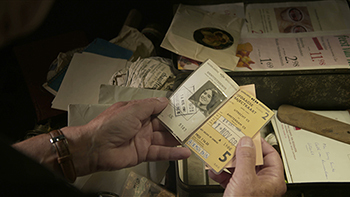 I am going in search of this new human, who no longer cares about possession, but about experience instead. Remote workers, digital nomads and minimalists show me that all they possess is a passport, a bank card, a laptop computer and a smartphone. They travel around the world as the internet enables you to do your work anywhere. Getting rid of all their things has given them the freedom they were looking for. They only live in the here and now and are extremely happy. Talking to them – in Bangkok, Bali, Missouri or Lisbon – I try to find out what their life is like, without responsibilities, without attachments. And how a whole new kind of society is coming into being, of vloggers, bloggers, influencers, followers and location independent workers.