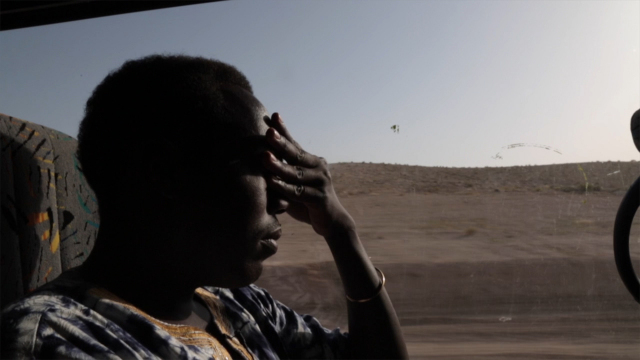 Eritreans and Sudanese have been arriving in Israel seeking refugee status since the early 2000s. Now, they are being interned in a controversial program.

“You are not real refugees!” screams an incensed woman. “You are illegal migrant workers!” Anwar Suliman takes the onslaught in grim silence. He is an outspoken Darfuri activist who fled Sudan in 2003 and sought asylum in Israel. However, like 99% of the thousands in his position, his claim for refugee status remains unanswered. “Now I’m one of the people in a place called Holot”, he says. “It’s called an open facility. It’s not an open facility, it’s a prison.” The migrant population is substantial. In southern Tel Aviv, there are approximately two Africans for every one original resident, and tensions are running high. “They’re going to bomb us, ladies and gentlemen”, shouts one demonstrator into a megaphone. “Just like the Palestinians.” Anwar finds it difficult to understand their reasoning. “Nobody wants to live a refugee life.”
FULL SYNOPSIS