Defiance of the Mapuche

The Mapuche's struggle to reclaim their ancestral land 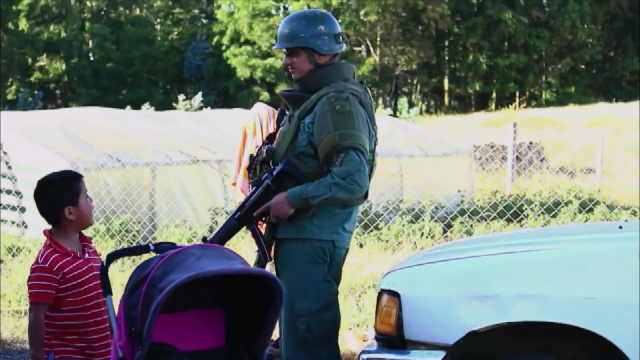 The ancestral home of the indigenous Mapuche people, Patagonia now lies divided between Chile and Argentina. As the Mapuche renew their fight for land rights, violence in the region has begun to escalate.

"If we don´t fight for these lands, these areas, we´re condemned to disappear", says Mapuche protestor Ramon Llanquileo. Chilean and Argentinian authorities sold their land for private interests, and it is now exploited by multinationals to the detriment of the environment. After a Mapuche militant uprising that caused millions of dollars of damage to the logging industry, the Argentinian government has invoked an anti-terror law drafted during the time of former dictator Pinochet. "You cannot use that as an excuse to go over human rights", says Ana Piquer, Amnesty International's national director, following reports that the Mapuche are being violently targeted with impunity.
FULL SYNOPSIS
TRANSCRIPT