Japanese tattoo artist Taiki Masuda fights to save his profession 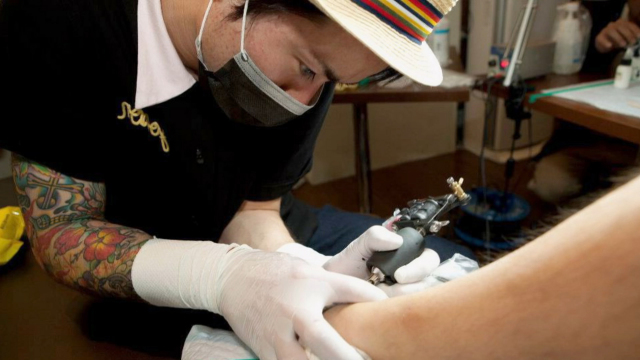 In 2015, Taiki Masuda found his career under threat when Osaka police initiated a crackdown on tattoo artists. Now he’s fighting the government in court to defend his livelihood.

When Taiki Masuda opened the door to his tattoo study one day in 2015, he didn’t expect five detectives who’d arrived to raid his tattoo studio. “They confiscated everything I had and took me in for testimony. I was worried for my future”. He was charged with operating without a doctor’s license. However, rather than back down and pay the fine, he resolved to fight the charge in court. “My means of expression was taken away from me. My rights were violated”. Taiki faced extraordinary obstacles in his fight, including the anti-tattoo hostility of the Japanese public and government, but that didn’t stop him turning his court battle into a movement to save tattooing. “As we kept on going, bit by bit, our confidence grew… Now I'm standing on the starting line. I owe it to the people who supported our cause”.
FULL SYNOPSIS
TRANSCRIPT