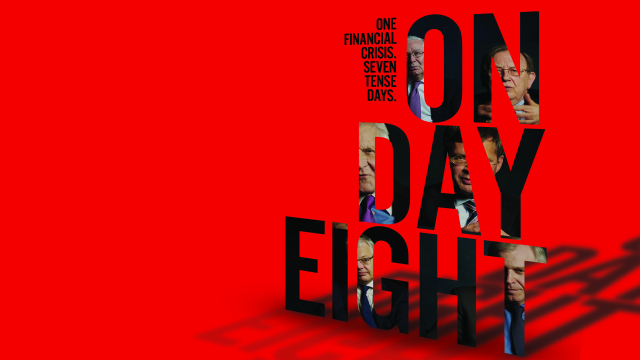 The financial crisis of 2008 spread like wildfire. From the fall of Lehman Brothers in the US to the largest European banks, it was a turning point that revealed the complexity of the world’s financial system. For financial giant FORTIS/ABN-Amro, double the size of Lehman, any wrong move could trigger the collapse of banks throughout Europe and the British Isles. Differences aside, now came the moment for intense collaboration. From within the heart of the crisis, the key players look back on the week that came so close to triggering global disaster.

Yan Ting Yuen was born in Hong Kong, China. At the age of 6 her parents moved to Europe, to open a Chinese restaurant in the Netherlands. She graduated from the University of Amsterdam with a masters degree in Communication Sciences. Yuen made her director’s debut in 2001 with the mid-length documentary ‘Chin.Ind.: Life behind the serving hatch’ which was nominated for the National Dutch Film Award. In 2012 she directed the highly rated feature length documentary 'The Secret of Hema’. In 2017, her fourth feature length documentary, about her family’s history came out.

Robert Kosters is an investigative journalist and researcher. He is interested in a wide range of topics, from food till the financial world, often with an economic angle. He writes articles as well as works for television. He worked a.o. for Vrij Nederland, Follow the Money and Quote, made a television series with Jort Kelder ‘Het Snelle Geld’ (‘Fast Money’) for Dutch broadcaster VPRO and works regularly for the renowned Dutch journalistic series ‘Tegenlicht’ (‘Backlight’). In 2015 he won the most important Dutch journalistic award De Tegel, in the category background, with his story ‘How Jan Bennink gained millions with a shady coffee deal). 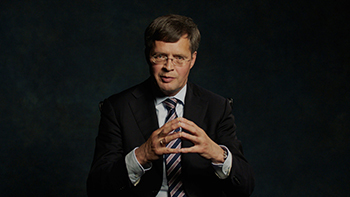 Filmed in intimate interview-setting, and by use of point-of-view scenes, our main characters share with us their darkest thoughts and their deepest fears. What was at stake here was not just the 'economy', but 'our way of living'. They tell us what went on behind the scenes of the daily news-items that we, ordinary citizens, were watching. In front of the camera, they were trying to keep us calm. Now they will tell us what they were really thinking and what they were trying to protect us from. How they 'fixed' the broken economy and how we were 'saved'. But are we truly safe now? In On Day Eight, we reconstruct the facts in order to tell a bigger story. It is a story about a world which has become so complex that even leaders fail to provide answers and often don’t know what to do. What does that imply about our lives today. What does it mean for our future? Is it dark? Or is there hope?