Colombia Votes For A New President

Colombia goes to the polls amidst political and social turmoil 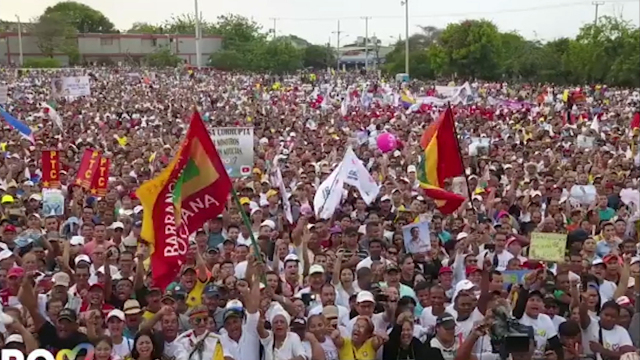 Colombia faces a crossroads: the presidential election has a major impact on the future of this fragile nation. Only two years after the historic peace agreement, many fear the possible return of civil war.

“The country is split in two. For and against the peace process”, says Catholic bishop Elkin Fernandez Botero. “We have seen new forms of violence rise again… including dissidents from the Farc who didn’t accept the peace agreement.” Eminent journalist Maria Baena hopes the simmering dissatisfaction could be used for good. “We asked ourselves: why has rage been in this country? To make war. Then we said: why don’t we use it to communicate?”
FULL SYNOPSIS
TRANSCRIPT