The Tower: A Year On

A moving investigation of the tragic Grenfell fire of June 2017 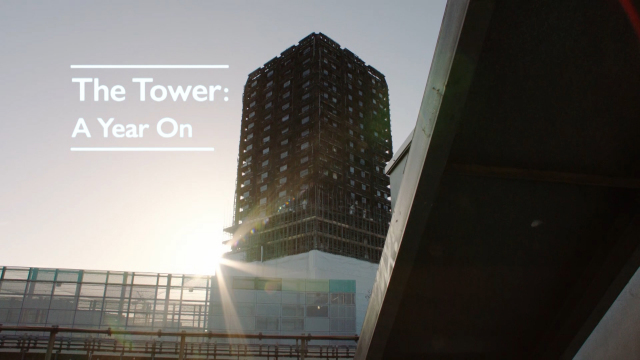 On June 14th 2017, a terrible blaze tore through Grenfell tower, claiming 72 lives and leaving a community broken. One year later, Tonight returns to the night that shocked and devastated a nation.

"We saw many people waving and begging and screaming for help and we couldn't do nothing", recalls ex-Grenfell resident Fatima. Following this great tragedy, the whole Grenfell community faces a psychological battle. "It's a trauma that will go on until the end of our lives", laments former resident Miguel. A year on from the fire and over 200 households have still not been rehoused permanently.
FULL SYNOPSIS