I Love My Muslim

A love story pushing the boundaries of age and religion 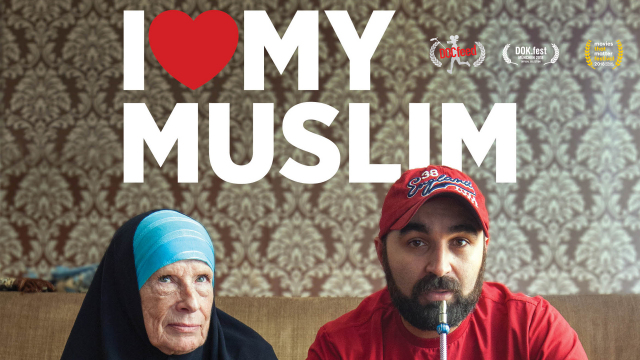 No-nonsense Carla is a 62-year-old woman from the Netherlands who converted to Islam. Against the expectations of many, she married Fouad, a 33-year-old Libyan freedom fighter. Although the couple live contentedly together in Amsterdam, the political turmoil in the Middle East continually bleeds into their lives. Yet, since Carla is past a child-bearing age, it is when the pair seek a second wife for Fouad that their relationship is really put to the test.

As a documentary photographer and filmmaker Marjolein aims to unravel identity structures and representations by approaching stories in different ways. She covers themes like immigration, displacement, and political and cultural exclusion. She is not bound by the restrictions of one medium; it is not by definition a photograph or a film. It all depends on the subject matter and how she wants to lure the viewer into her perspective. She has exhibited her work at several venues and directed documentaries that have been screened on Dutch TV and (inter) national film festivals.

After her graduation from film studies, Rebekka founded the production company Lege Fles. From there she initiated different successful documentary projects where her interest and passion for film editing surfaced. In her work she approaches difficult subjects with humour and reflection. Everybody has their own history and references, and because of this we sometimes get stuck in our own truths. By mixing and combining different art forms and playing with the rules of storytelling she addresses this. In this perspective she is working as a filmmaker and editor. Her work has been exhibited in galleries and at several film festivals. 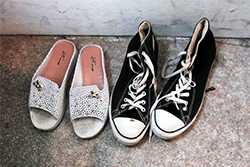 Through my projects I try to develop a new language for today’s sensation-fueled media environment. I found Carla and Fouad’s story very suitable for this. What is more provocative: Carla, a Dutch woman living in Amsterdam and covering herself with an abaya and a headscarf, or the 30-year age difference between herself and her young husband Fouad? Thus the film addresses culture and religion but also gender roles. During the three years of filming Carla and Fouad I wanted to show their everyday life while simultaneously outlining a personal perspective on the turmoil in the Middle East and the reaction to it in Dutch society. By focusing on the love story, the documentary approaches generalisations and prejudices in a different, more natural way.