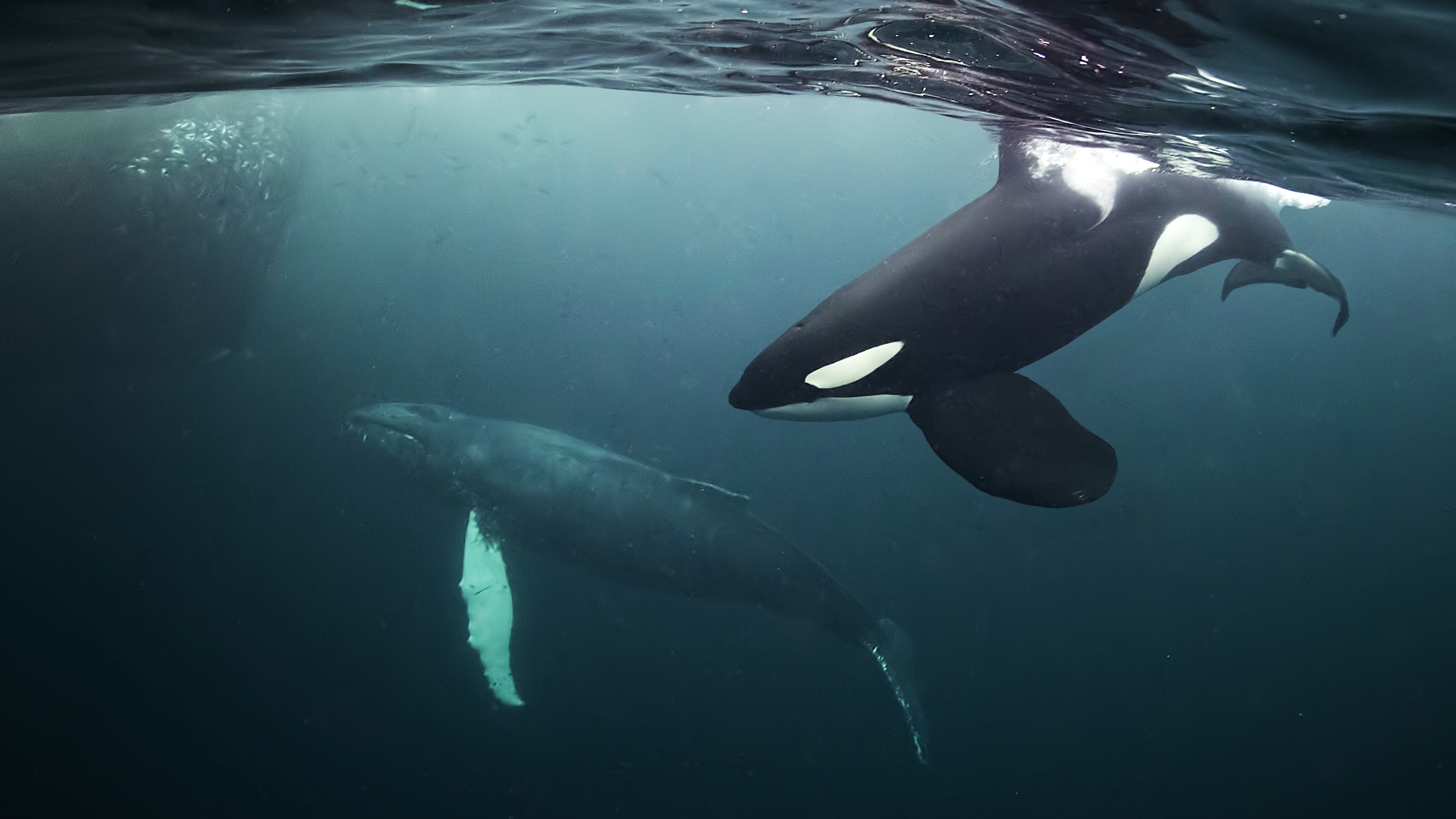 The symbiotic relationship between Atlantic orcas and the fishermen of Norway is unique. Following this story, underwater photographer Jacques de Vos captures the first footage of the whales feeding at night.

In Northern Norway herring abounds, attracting orcas in their hundreds. Having learnt that escaped herring from the fishermen's nets are easy prey, the whales can hear the fishing boats pumping their catch from as far as 18km away. "Sometimes it's kind of like we help each other", says professional fisherman Borre Hansen, as orcas circle around his boat. Ensuring that no orcas are captured in his nets "is the biggest challenge" he faces. Filming these animals for the first time at night, Jacques is able to capture their secretive underwater world, noticing their playful and inquisitive behaviour. "This was as much a social 'get together' as it was about the feeding", he marvels.
FULL SYNOPSIS
TRANSCRIPT