Caught up in the tangled wires of Nigeria’s electricity crisis 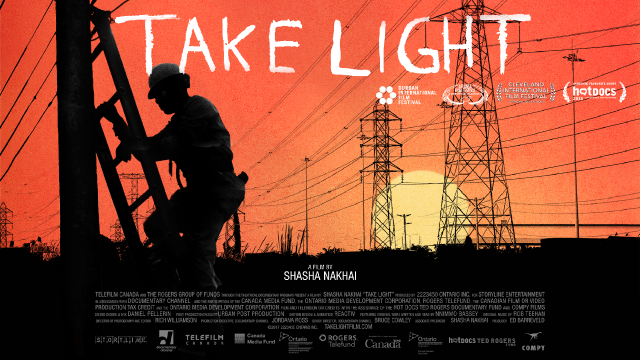 Although it has the largest reserve of gas in Africa, Nigeria cannot provide its population with electricity. Electricians, both legal and illegal, risk their lives on the power lines to earn enough to survive and provide for their families. When the lights go out, or customers can no longer pay their bills, the people have to take matters into their own hands. Take Light is an urgent doc that reveals a rarely-glimpsed side of Nigerian society.

“...a rare, yet refreshing, look at a people often misrepresented in America’s mainstream media” – Cleveland International Film Festival
"★★★★ Nakhai and editor Rich Williamson let it all flow elegantly, tying data to human stories rather than cold statistics" – Now Magazine
“"A compelling and complex look at a society in a vicious cycle” – Cinema Axis
For a Q&A with director Shasha Nakhai, see here.
Festivals 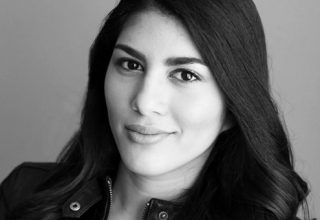 Shasha is a filmmaker with Compy Films and Storyline Entertainment. Her award-winning films have screened at festivals and aired on TV worldwide. Shasha was 1 of 8 emerging producers selected for the DOC Institute’s Breakthrough Program in 2015, and was awarded Telefilm Canada’s Pay It Forward Prize as part of the Hot Docs Don Haig Award. Take Light is her first feature doc. 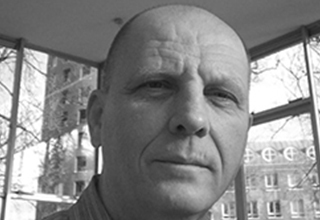 A veteran of the Canadian film and television industry, Emmy award winning producer Ed Barreveld honed his skills at the National Film Board. In 2000 he co-founded Storyline Entertainment and since 2004 he has been Storyline’s sole principal, creating an international profile for the company with auteur driven social/political POV documentaries and distinctive historic programming. 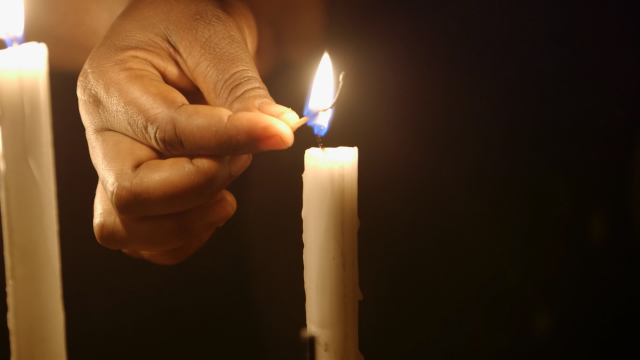 Port Harcourt is the source of my fondest childhood memories. Today, however, the city is much different than what I remember. Perfectly manicured green hedges have turned to black dust—the fallout zone of a fossil-fuel economy. Yet here, at the end of the world, shards of light pierce through the grey clouds. With Take Light, I want to show the urgency and challenges of transitioning to greener and more egalitarian economies. But, ultimately, this is a film about the power of hope. It is about keeping the candle lit in times of darkness and despair, about fighting to remain a good person when corruption is the status quo, and harnessing the power of humour and religion to make it through each day.