Of Fish and Foe

A surprising look at contemporary eco-activism on the Scottish Seas 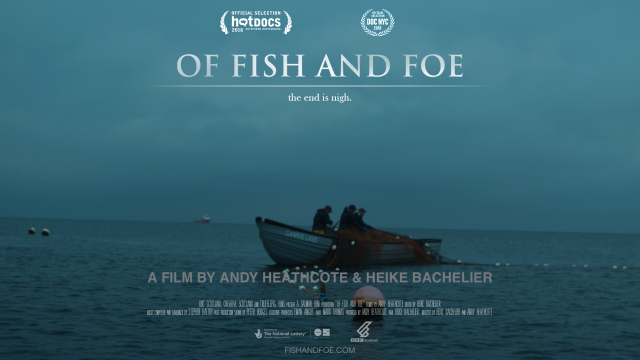 The Pullars are one of the last families using traditional methods to fish for wild Atlantic salmon off the coast of Scotland. When these methods involve killing seals, the salmon’s natural predators, conflict erupts. Animal activist groups Sea Shepherd and Hunt Saboteurs oppose the Pullars at every turn, despite the legality of the fishermen’s actions and the consequences to their livelihood. Challenging preconceptions, this ambiguous doc puts modern environmentalism under the microscope.

Andy is a British independent filmmaker specialising in documentary feature films. After taking a photography degree he trained as an assistant film editor for three years, working on commercials and corporate projects and in television news and current affairs. He has attended the Northern Film School and the Polish National Film School in Łódź. His previous titles include The Moo Man (2013), The Lost World of Mr Hardy (2008) and English Goodbye (2000). 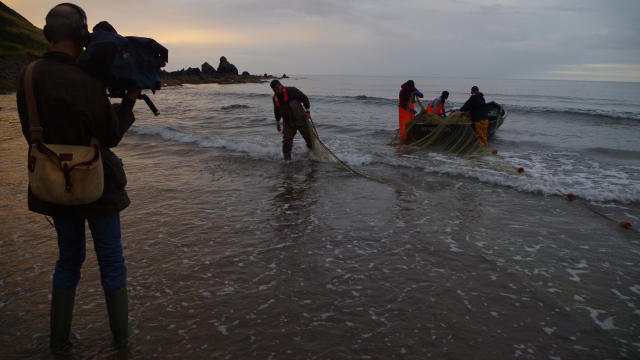 We knew the ancient tradition of salmon net fishermen had become controversial. We did not know we were walking into a battle-zone. The fishermen were tough, hard working guys who we came to like and to respect. The activists were often fearless in their aim but also surprised us in their ruthless dedication. It opened up a new question; does the end justify the means? And so followed a summer filming along the rugged Scottish coastline, often in the 'cobles', the small open boats. But who'd have thought we'd need thermal underwear in the middle of July?

Andy and Heike's previous film The Moo Man was nominated for the Grand Jury Prize at Sundance and Best Documentary at the British Independent Film Awards.