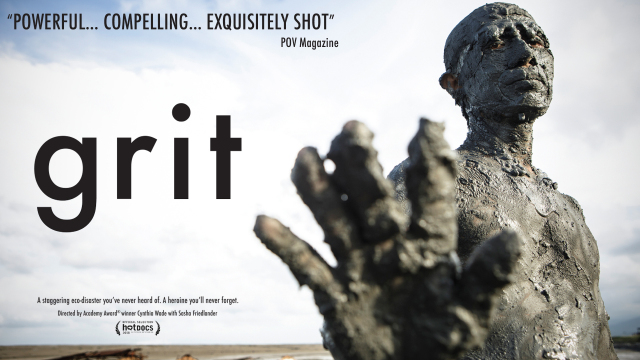 When Dian was six she narrowly escaped a tsunami of boiling mud that completely submerged 16 villages under a moonscape of grit, leaving 60,000 people displaced. Lapindo, an Indonesian drilling company, had unleashed a violent, unstoppable flow from the earth's depths, estimated to continue for another decade. Shot over six years, GRIT witnesses Dian's transformation in to a politically active teen, as she and her mother take on the perpetrators.

“Grit is sure to the the great eco doc of Hot Docs 2018 and the year overall... Exquisitely shot ... packed with poetic grandeur and stirring political heft” – POV Magazine
"Emotionally stirring ... visually stunning ... see what a true life female hero looks and acts like" – Rogue Valley Messenger
For a Q&A with directors Cynthia Wade and Sasha Friedlander, see here.
Festivals

Cynthia’s 2008 documentary Freeheld won a 2008 Academy Award for Best Documentary Short Subject, Special Jury Prize at the Sundance Film Festival and 13 other awards. She was a lead producer on the 2015 fictionalised adaptation of Freeheld, starring Julianne Moore and Ellen Page. She is the director of the Grist for the Mill (1999), Shelter Dogs (2004) and Generation Startup (2016), and producer of The Gnomist (2015). Wade has won more than 45 film awards worldwide.

Sasha directed, produced, shot and edited the feature-documentary Where Heaven Meets Hell. The film won numerous prizes including Best Feature Doc at the LA Asian Pacific Film Fest, Hawaii IFF and Special Mention for Outstanding Cinematography at the LAAPFF. The Alliance of Women Film Journalists awarded Sasha an EDA Award for Documentary Artistry in March 2013. Sasha is fluent in Indonesian and worked there as a journalist for several years. 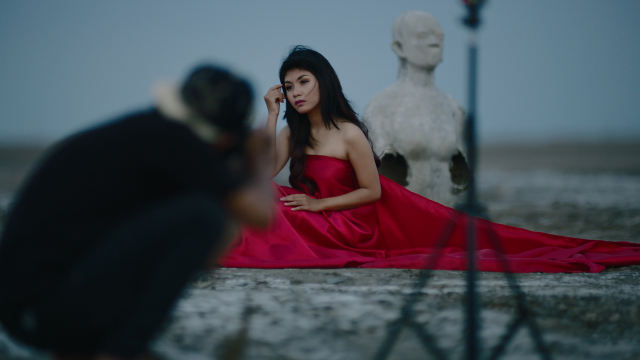 Shot and directed over the course of six years, Grit was met with critical acclaim at its World Premiere (“Shot with poetic grandeur and packed with stirring political heft” - POV Magazine). The film features never-before-seen footage from the inside of the disaster’s conflicts, and rare interview with the former CEO of the drilling company. Our hope is that audiences will leave the theater with a better understanding of the world’s largest Muslim country. We want people to think about the urgency for political engagement, the importance of women in leadership roles, and the power of art and perseverance in social and environmental struggles. It’s hopeful that we’re seeing young people stepping up and demanding change worldwide. After watching this story unfold, we hope audiences are inspired to cultivate their own determination, and their own grit.