From Pariah to Messiah 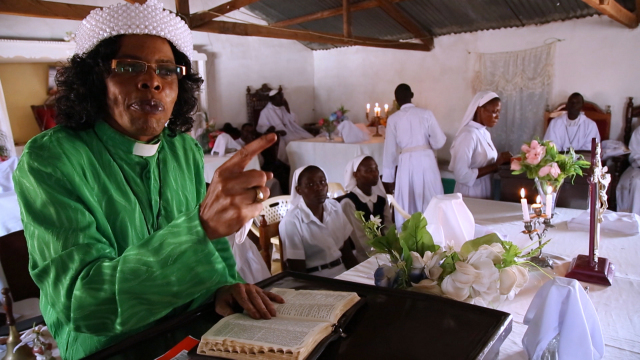 Apostle Darlan Rukih Moses is an openly intersex Kenyan. In this conservative Christian country this is a rarity in itself; but he is also a renowned preacher and gospel star with hundreds of devoted followers.

“After I gave birth to him, when I saw him, I was shocked because it was something that I had never seen before”, says his mother. Born with both male and female genitals, Apostle is lucky to have survived childhood. “These children would be rejected by their families at birth, because they were viewed as a bad omen”, says traditional birth attendant Dolly Atieno. “They were killed, tortured and abandoned in granaries.” Adolescence was especially difficult, driving Apostle close to suicide. Eventually, his rising fame as a gospel singer led him to publicly proclaim his intersex state. Some leapt to stigmatism. “An intersex is something that needs to be prayed against”, says rival pastor Kennedy Odeny. “The Devil can interfere with God’s creation.” Fortunately, his congregation and family see him as a miracle rather than a freak. “We are happy, and I do not have any problems with his gender”, says his smiling wife. Despite calls to end discrimination against intersex people, being gay remains a crime in Kenya, and even Apostle believes homosexuality is a sin.
FULL SYNOPSIS
TRANSCRIPT