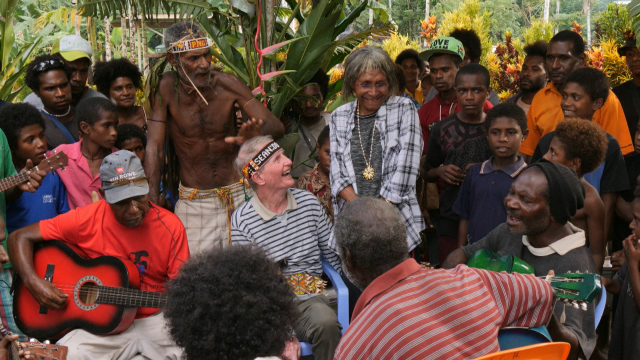 Sean Dorney returns to Papua New Guinea, where he was a foreign correspondent for many years. Now suffering from motor neuron disease, it may be his last visit.

When he was a correspondent, he fell in love with the country. “It is one of the most interesting countries in the world”, he says, citing its tropical forests and its prominent rugby tradition. "In a country that speaks 860 distinct languages, rugby league is a great unifying force." Now, despite his illness, he returns to the village where his wife Pauline was raised. Sean’s relationship with Papua New Guinea hasn’t always been easy; he was once deported for his reporting. But he wants the world to know more about the country, from its World War II history to China’s increasing influence. "Frankly, I'm appalled at the lack of coverage”, he says. He hopes his legacy will help to bridge this gap and bring the country the global recognition that he believes it deserves.
FULL SYNOPSIS
TRANSCRIPT