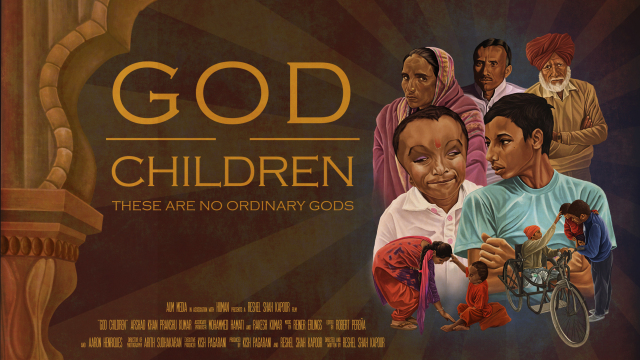 In rural villages of India, children born with a specific birth defect may be transformed overnight into a Hindu God, becoming an incarnation and a beacon of hope to the people around them. One boy never wished to be seen as a Hindu God, while the other only knows how to live as a symbol of hope to his village. Both were never given the choice.

Reviews and More
“There is an ease to Reshel’s storytelling, and only a conversation with her reveals the many decisions that go into lighting or shooting every scene.” – Broadcast PRO Middle East
For more information on the Making Of the Film, see here.
Festivals

Reshel is an independent documentary film producer and director based in the UAE. In 2014, she directed her first feature documentary Black Sheep, which looks into the lives of the Transgender women of India. The film went on to be part of numerous film festivals and won multiple international award and has been distributed internationally as well as being part of educational curriculums in the US and Asia. She has also directed and produced short documentaries, Victor and The Undertaker, and has now completed her latest film God Children.

Kish Pagarani has had a great interest in both fiction and non-fiction films for many years. After moving to Dubai, he decided to spend more time in developing productions from the UAE and working with talent based in Dubai. Kish believes finding unique stories and being able to engage that through the power of film to an audience is one of the most powerful ways to connect to one another, while keeping it entertaining. Apart from being an investor for several films he is the owner of 'Yoga Life' magazine, the Middle East’s only mind, body and spirit magazine. 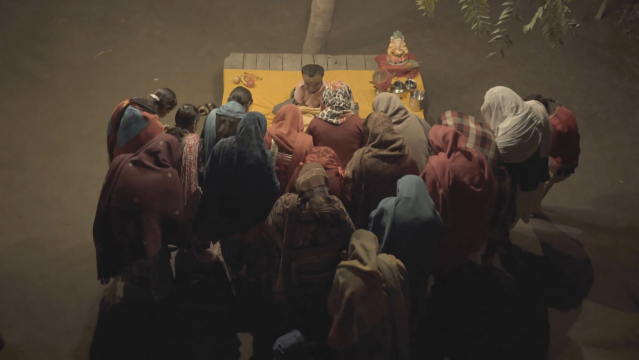 The making of God Children in total took around one year from development to execution. The idea behind the film was to show both the children’s views as well as how it has affected the lives of their families. Before filming began Reshel made three trips to India to spend time with the boys and their families so they would all be comfortable with sharing their views and opinions on camera. The main team of the film are based in the UAE while some were from India itself. What started off as an idea ended up taking six months of pre-production, 19 days of shoot and countless days of editing!