Should Britain return the Elgin Marbles to complete the collection in Greece? 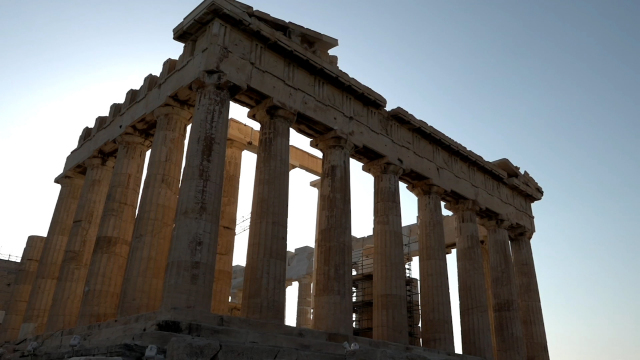 The removal of the Elgin Marbles from the Parthenon in the early 1800s has long been a source of disharmony between the British and the Greeks. Today, the debate rages ever fiercer.

"It just doesn’t make sense. It’s like cutting, for instance, the Last Supper of Da Vinci and taking one apostle to one museum and another apostle to another museum." The British Museum argues that "a great service" was undertaken in taking these sculptures, saving them from weathering or theft. But many Greeks consider the removal an "uncontrollable plundering of the Acropolis." With the art supposedly damaged by Elgin’s team, and those visiting the Acropolis Museum feeling the gap left by the incomplete Marbles, the Greek Minister of Culture just wants to "bring it all back together".
FULL SYNOPSIS
TRANSCRIPT