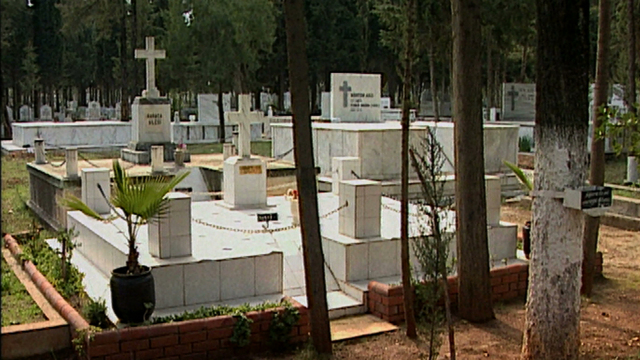 For many years, Turkish Kurds only had the government as their major enemy and threat. Now the Turkish Hezbollah has appeared and is wreaking havoc on the people of Turkey. It is widely believed that these extremists are sponsored by the government. You can't normally look at someone and tell that they are a member. Anyone may be part of the Hezbollah.

That's what Konca Kuris found out when the women's liberation advocate befriended some men while studying the Koran. Though an adamant feminist activist, Konca was a devout Muslim and always wore her traditional headscarf. She soon began having arguments with her fellow Muslims over their interpretations of the Holy Book. Then Konca suddenly went missing. Her hometown women's organisation and family feared her martyrdom, and demanded her return. They waited for months to see Konca's face again, alive. Her aunt, also a member of the women's group, can hardly believe she's gone. Konca was recently buried by her family, with only a video of her kidnappers forcing her to admit her heresy to remember her by. A touching story of one of Turkey's most unique and prominent victims of Hezbollah violence. Against the backdrop of the Kurdish battleground it's an indicator of a lawless culture. Produced by ORF Fernsehprogramm-Service GmbH & Co KG
FULL SYNOPSIS
TRANSCRIPT