Ebola Returns To The Congo

The spectre of Ebola looms once more over the DRC 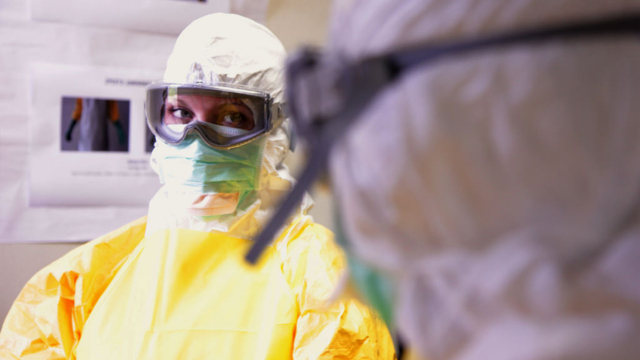 The DRC has become the epicentre for a lethal new Ebola outbreak. Ongoing conflicts, political turmoil and misinformation campaigns make for a dangerous melting pot with the deadly disease at its centre.

“When mother died of Ebola we didn’t know what it was”, says Ebola victim Janine Mbuka. “We thought she was poisoned.” This is not the first time the disease has afflicted the city of Beni, and despite aid workers’ best efforts it continues to claim lives. Education is crucial, and checkpoints and hand-washing stations help to mitigate the spread of the virus. Yet with over 100 armed groups fighting for power in the region, not to mention politically-motivated conspiracy theories and antipathy towards NGOs, maintaining the strict containment procedures necessary seems an impossible task. “The Congolese government is criticized for not doing enough to make it safe, [and] the UN is judged to be complicit in the massacres here”, says Dr N’Djoloko Tambwe, who heads the government’s Ebola response. Nevertheless, William Fischer of WHO believes a new vaccine, already administered to 15,000 people in the region despite it still pending global approval, gives cause for optimism. “There is a sense of excitement and a sense of hope”, he says, “because for the first time we have something that we can use to directly fight against the virus.”
FULL SYNOPSIS
TRANSCRIPT