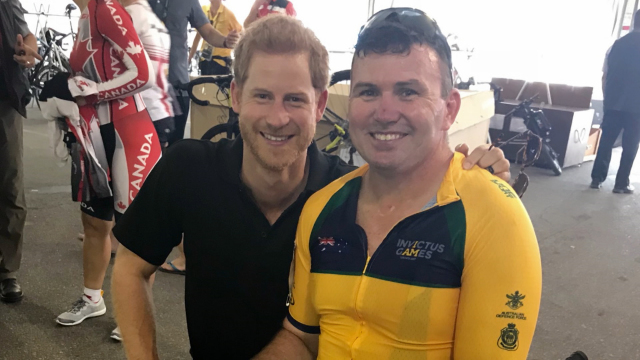 In 2010 commando Gary Robinson was critically injured in a helicopter crash that killed three of his fellow servicemen. After two long years of therapy, he found a new lease of life through the Invictus Games.

The Games were founded by British royal Prince Harry in 2014. Inspired by the Warrior Games in the United States and his own experiences in the British Army, he says he aimed to establish an international sporting event for past and current soldiers, “to inspire their recovery from physical and mental injuries.” One such solider is Gary, who took up his physiotherapist’s suggestion to take part in the first Invictus Games. Now a poster boy for 2018 games, currently being held in Sydney, Gary’s thirst for life seems stronger than ever. “Once I wished I had died in the accident... But now, today, after what I been through, and what I've been involved in, I am glad I am here and still alive.”
FULL SYNOPSIS
TRANSCRIPT