On the ground of Syria's devastating civil war 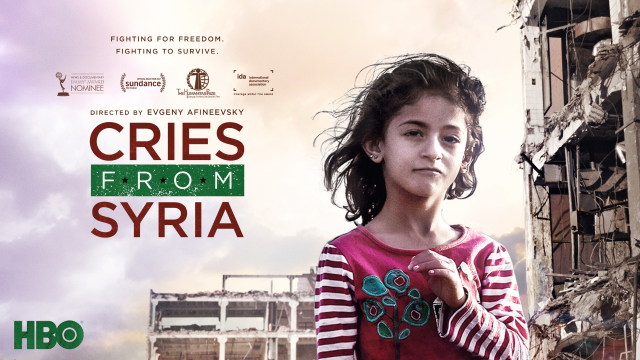 Covering five years of conflict, Cries from Syria serves as a record of Syria's brutal disintegration and the dangers faced by its many refugees. Incorporating gripping first-hand accounts from activists, child protesters, and a former army general who joined the uprising, this compelling documentary bears witness to the resilience of the people in the wake of their exposure to unthinkable crimes against humanity.

Reviews and More
"heart-wrenching" – The Hollywood Reporter
“'Cries from Syria' is more than a journalistic snapshot; it's a definitive document of one of the most bloody of modern conflicts.” – LA Times
“essential viewing” – Film Comment
For a Q&A with director Evgeny Afineevsky, see here.

Cinema for Peace Award - Most Valuable Documentary of the Year

Born in 1972, Evgeny Afineevsky is an Emmy and Oscar-nominated director and producer. After growing up in Russia and beginning his career in film as a teenager, Afineevsky produced and directed TV, film and theatre in Isreal. His 2014 documentary Divorce: A Journey Through Kids Eyes was critically acclaimed in the US, whilst Winter on Fire: Ukraine's Fight For Freedom (2015) earned Afineevsky an Oscar nomination. For Cries from Syria (2017), Afineevsky won Best Director at the Critics' Choice Documentary Awards. He now resides in Los Angeles. 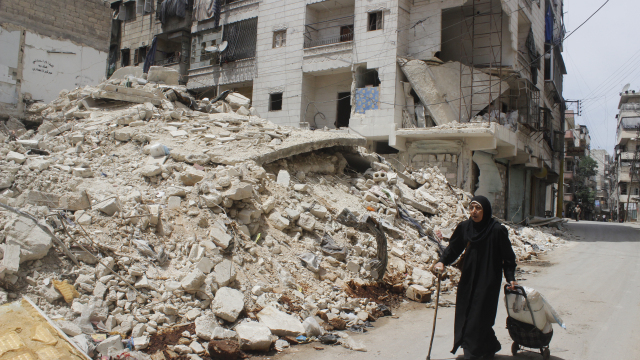 Over a period of months, Evgeny Afineevsky conducted nearly one hundred interviews in Syria with activists, journalists, army generals, child protesters, leaders of the revolution and ordinary people. In order to gain access to the country Evgeny met with activists in Germany who had taken the same route across the border. He also flew a drone over Aleppo to acquire film. As audiences learn at the beginning of the film, however, most of the footage was shot by protesters and citizens on the ground.