Corporal punishment on the streets of South Africa 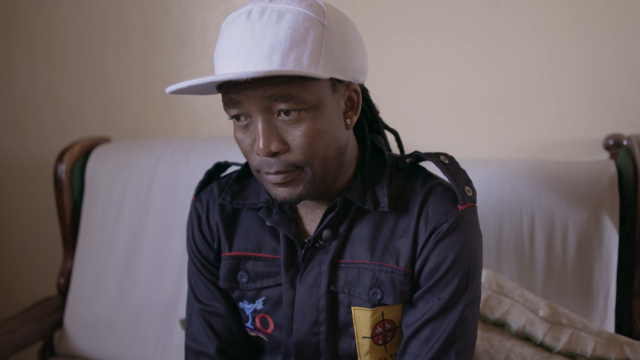 Most of South Africa’s black population still lives in poverty. Amidst spiralling crime, frustrated communities are forming vigilante groups to exert their own controversial brand of justice.

“People were angry. People could not take it anymore”, says Pantsi Obusitse. He is the leader of Operation Wanya Tsotsi, a vigilante group that patrols the township of Galeshewe. The police in the region are chronically underfunded and crimes were often going unpunished. “I’m of the view that the only time when human beings change their behaviour is if there’s a threat of pain”, says Pantsi. His group readily gives out corporal punishment: one man receives a caning for carrying a knife, another for allegedly stealing a TV. ‘Blessings’ to cleanse the perpetrators of sin involve a drenching in cold water and a beating. Needless to say, this puts the vigilantes in a strained relationship with the police. “Our enemy is one: it’s crime”, says one police officer, “[but] even though one understands the frustration, no one has the right to be assaulted.” Yet the group hands in all confiscated weapons to the police, and even ferries victims of violent crime to the hospital. Pantsi hopes the situation will improve: “All we want is a relationship where all of us will work together towards the fight against crime".
FULL SYNOPSIS
TRANSCRIPT