China surges into the digital marketplace 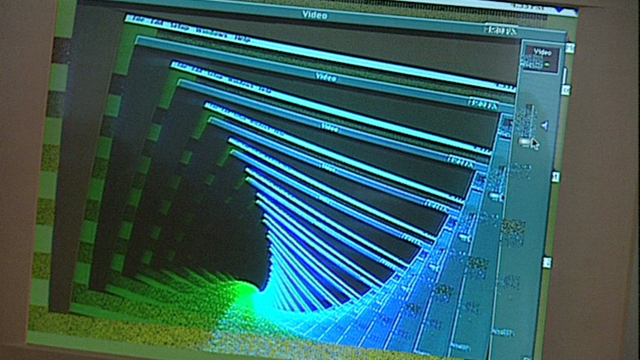 They're on billboards, buses, and benches. China has declared the tech industry its new life blood, and it's making authorities very nervous. Dot com companies have taken over the commercial world in China.

Following in the footsteps of many American companies, dot com companies have invaded commerce in China. They're now fully competitive with Western net stocks. But with hundreds of new websites cropping up every month and the number of websurfers doubling every 6 months, the pressure's on the government to find a way to regulate the internet. Jack Ma is the creator of Alibaba.com, a global on-line marketPlace for small and medium businesses. He's eager to stake his claim in the capital available for fledgeling internet companies. The feasibility of this for Jack lies in the decisions the government makes for regulation of these start-ups. The Chinese government has already blocked some sites, such as those having to do with Tibet. Some are seen as borderline, like the site which helps gay men cope with coming out. They must be very careful not to bend the strict government-imposed rules, or they too will be blocked. As China gets more entrenched in the Capitalist world, we can't help but wonder how long the government will be able to maintain a vice grip on the media. Produced by ABC Australia
FULL SYNOPSIS
TRANSCRIPT