In The Wake Of The Wildfire

Living in the wake of the wildfire 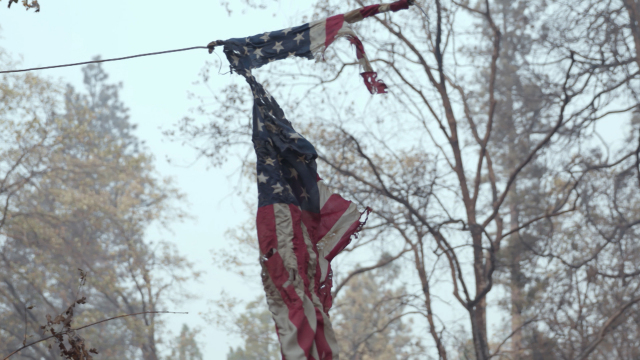 In November, California's largest and deadliest wildfire destroyed the city of Paradise, leaving thousands homeless. A month later, many are struggling to rebuild their lives.

"We get our three dogs, grab whatever we can and grab birth certificates." Noticing clouds of smoke in the sky at work, Cyrena Farris immediately returned home to find her family before joining the throng of cars seeking to escape the flames that quickly engulfed the city of Paradise, California. Wildfires are becoming more frequent: much of Santa Rosa was destroyed last year, forcing many into caravans or temporary homes, but bringing a strong sense of community spirit along with it. "I just wanted somebody to complain to", explains Tricia, who started 'Whine Wednesdays' in an attempt to establish a mutual support system. Though such groups have been helpful, both fires have left a terrible scar; returning to see their former home, Cyrena's husband laments that it's "hard to believe that all of this is just gone".
FULL SYNOPSIS
TRANSCRIPT