The build-up to the Solomon Islands coup 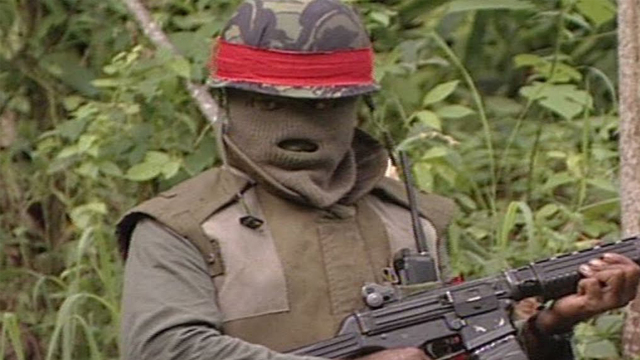 We investigate rising tensions in the Solomon Islands: a report filmed just before the 2000 Coup. Disputes between guerrillas and police foreshadow more violence to come.

Ethnic disputes in the South Pacific continue in the neighbouring islands of Guadacanal and Malaita. Now Ulufa'alu is being held hostage by the 'Eagle Force', a secret militia supported by the Malaitan police, which is unhappy about the government's refusal to support their land claims. Guadacanal guerrillas known as the Isatambu Freedom movement fight the 'Eagle Force' because of a land dispute as old as their WWII 52-calibre bullets. The police are meant to be the peacekeepers, but firepower is weak and they themselves are split along ethnic lines. And no Australian police have yet been deployed --despite the presence of Australian-owned gold mines. Can the volatile South Pacific islands reach ethnic acceptance? Produced by ABC Australia
FULL SYNOPSIS
TRANSCRIPT