The Mpondo vs The Mine

Can a multinational mining corporation be beaten by activism alone? 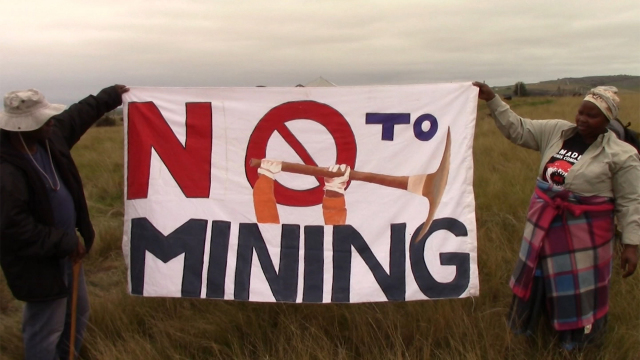 The Mpondo people have inhabited South Africa’s “wild coast” for centuries; now their traditional way of life is under threat. Australian mining company MRC may win the rights to mine titanium on the site they call home.

“It’s going to destroy our way of life completely,” says Nonhle Mbuthuma, member of the Amadiba Crisis Committee formed in 2007 to resist the mining application. The proposed mine site at Xolobeni spans 14 miles of coastline; an estimated 600 people would need to be relocated. But there are those who say the development would bring jobs and prosperity. “To deprive such a community [the] right to development is actually injustice,” argues South Africa’s mineral resources minister.
FULL SYNOPSIS