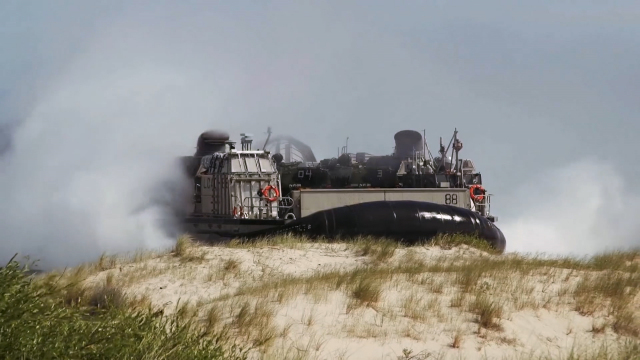 Sardinia is an island split in two. On one side are the coastal villas of the uber-rich; on the other sits Europe's largest bomb test site, polluting the island to terrible effect.

Over a third of Sardinia is banned from locals. It is controlled by the Italian military, who rent out the island as a testing ground for war. “Little islands have disappeared, erased by missiles shot from the land, the sky and the sea”, says former Sardinian president, Mauro Pili. Sardinians living beside firing ranges are fearful for their health, witnessing spikes in cancer and children born with deformities. In one village in one year, a shocking one-in-four new babies had some kind of defect. “My mother-in-law died of cancer. They cut my father-in-law’s leg off because it was cancerous. My father died. My sister died young of lung cancer”, says Sardinian citizen Guilio Angioni. Livestock have also been affected, giving birth to young with grotesquely twisted limbs. Despite the military's secrecy in covering up the terrible health effects caused by Sardinia's test sites, formal police investigations have finally shed clarity on the issue. “The causal link between the exposure to depleted uranium and diseases suffered...has been confirmed at a judicial level. This is a milestone”, reflects Gianpiero Scanu, leader of a two-year parliamentary inquiry.
FULL SYNOPSIS
TRANSCRIPT