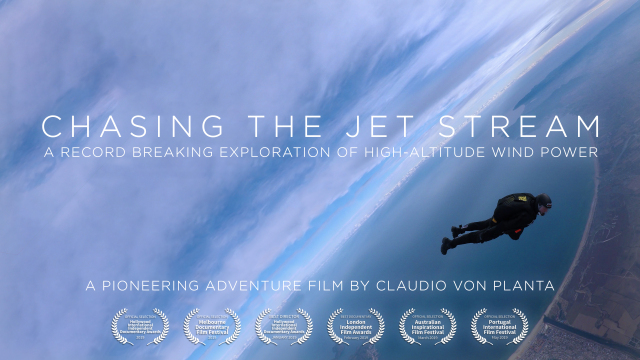 Marc Hauser is a visionary. Or is he mad? A record-holding skydiver, Hauser has a grand ambition: to become the first man to jump into a hurricane force jet stream at over 8,000 meters. A big risk, but with potentially huge rewards. Hauser wants to show the power of the jet stream as an energy source, which he believes could solve the global energy crisis. As Hauser's preparations take shape, the scale of his challenge becomes clear.

Claudio is a Swiss freelance documentary filmmaker who started his career in 1985 with reports about the Afghan resistance against the Soviet Occupation. From 1990 Claudio worked on TV news features and longer current affairs programmes for all the main UK broadcasters. In 1996 Claudio filmed a Gwynne Roberts report for Channel 4 Dispatches where they tracked down Bin Laden in Afghanistan. That year, he also filmed Karzan's Brothers for BBC Inside Story, his first Kurdish film with Kae Bahar. Ever since then, Kae and Claudio have continued to produce films about the fate of the Kurds.