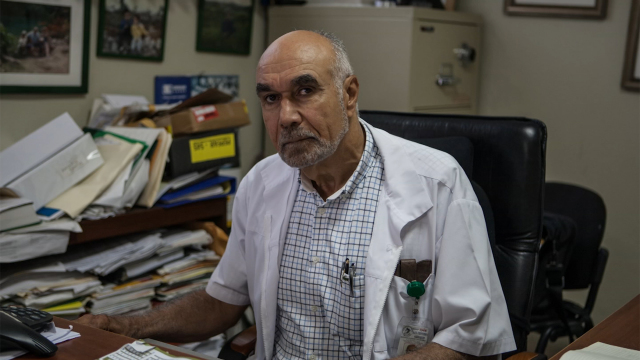 After the devastating 2010 earthquake in Haiti created a major health crisis, the U.S. granted Haitians Temporary Protected Status. As Trump plans to eliminate TPS, 60,000 Haitians may be deported. This report follows one doctor's efforts to confront Haiti's challenges amid an influx of deportees.

"In the last three decades, the news out of Haiti has mostly been about political instability, deadly epidemics and a devastating earthquake," Ivette Feliciano reports. Yet in this time, child mortality and HIV rates have plummeted, whilst "overall life expectancy has risen by about 10 years". A major reason for this is the work of Haitian Dr Jean William Pape, and the Ministry of Health, forming GHESKIO, which provides emergency housing, treats 30,000 HIV patients and provides social work and schooling. Yet there are concerns for this progress after President Trump has announced plans to stop the Temporary Protection Status given after the 2010 earthquake, and to deport 60,000 Haitian immigrants. "It would be very bad", says Dr Pape, "because we already have a lot of unemployment. We have no army. There's a small police– 15,000 for 11 million people. The greatest wealth of Haiti right now is Haitians overseas sending remittance back to the country".
FULL SYNOPSIS